Koshiki Islands in Japan To Get Large-Scale Power Storage Facilities 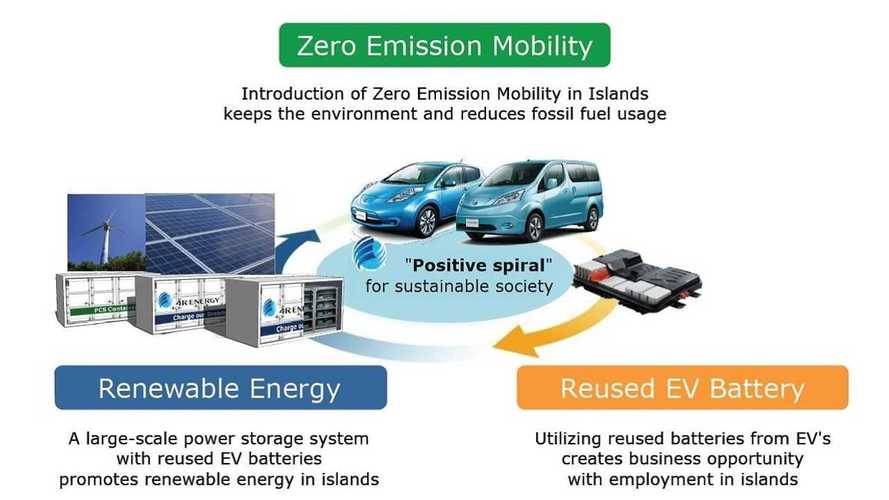 Two power storage facilities will be installed at the Koshiki Islands next year to strengthen local grid and promote renewable energy.

"For small-scale electric power grids on remote islands, an introduction of intermittent weather-dependent renewable energy systems on a large scale will damage the balance of electric power supply and demand, and at times even cause power outages. Therefore, renewable energy systems need to be widely extended to remote islands which will entail the installation of power storage systems and other measures."

"In this EV battery systems project, Satsumasendai City and Sumitomo will implement and validate a "local government model project" that will establish a low-cost business model utilizing economically-efficient reused EV battery systems which are set up through local government initiatives that puts in place the access infrastructure to tap into renewable energy. By proving the project's economic viability, this model will promote to enforce the access capability for introducing renewable energy on a sustainable basis."

Additionally, the project includes installation of solar power systems at two evacuation facilities on the Koshiki Islands that can be used in the case of disasters and other emergencies.

Batteries will be supplied by 4R Energy Corporation (a joint venture company founded by Sumitomo Corporation and Nissan Motor Corporation). One of the system will store up to 600 kWh of energy, which according to the press release will comes from 36 EVs (Nissan LEAFs).