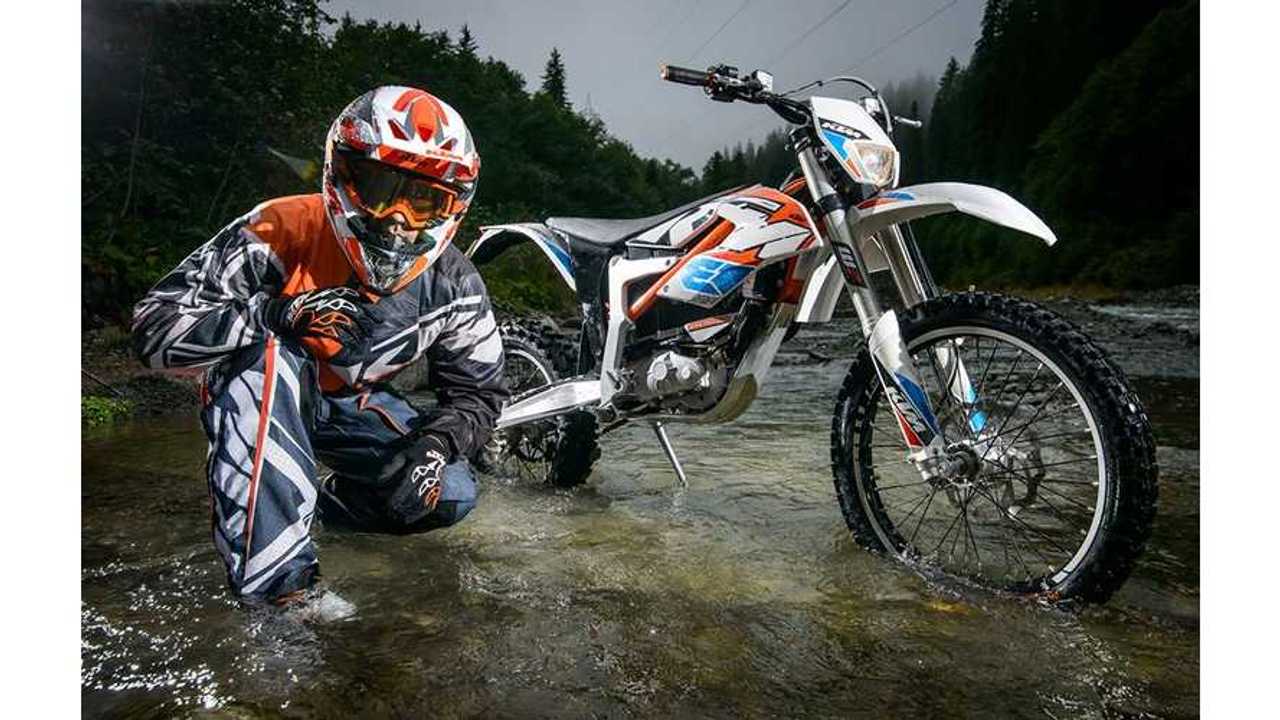 The KTM Freeride-E XC in the wild.

Since back in 2011, we've been lusting over the KTM Freeride E.  Just now we heard the launch is live.

Probably the best account of this bike is found by Chris Denison on DirtRider, where you get a good description of the pre-production prototype (one of 500 available at the time) as well as the ride and handling characteristics.  Chris is impressed:

"This is by far the best electric off-road motorcycle that I’ve ridden, and I’ve pretty much tested them all. What makes the Freeride E so good is that it was actually designed by off-road motorcycle-experienced engineers, and the battery and motor technology used are both top-notch."

"I’ve ridden electric bikes that were built by moto-savvy engineers, but the motor package has typically been subpar.On the flip side, I’ve experienced excellent electric technology in a chassis that is better suited for a toy store."

"Never before have I ridden an electric bike that combines both performance and leading-edge technology, and the end result is as capable and fun as you would expect."

One of the most interesting features on the bike are the removable battery packs, especially for a bike you're going to toss in the truck and take to the track, pit or trail.  Think "power-tool convenience."  Also consider how easy it is to collect a few packs for extended riding over the 1hr suggested times, as well as options for upgrading battery systems as technology matures.

For a detailed view of the design, check out the "explosion view" in this video:

And just to review - here's the video that started it all, back in 2011 - the KTM Freeride E in Barcelona:

For more Freeride eye-candy, stop by Derestricted and see some amazing work by photographer Sebas Romaestro.

And, if you live in the US?  Eye-candy will have to suffice, barring a trip to Europe.  No news of availability in North America has been released.