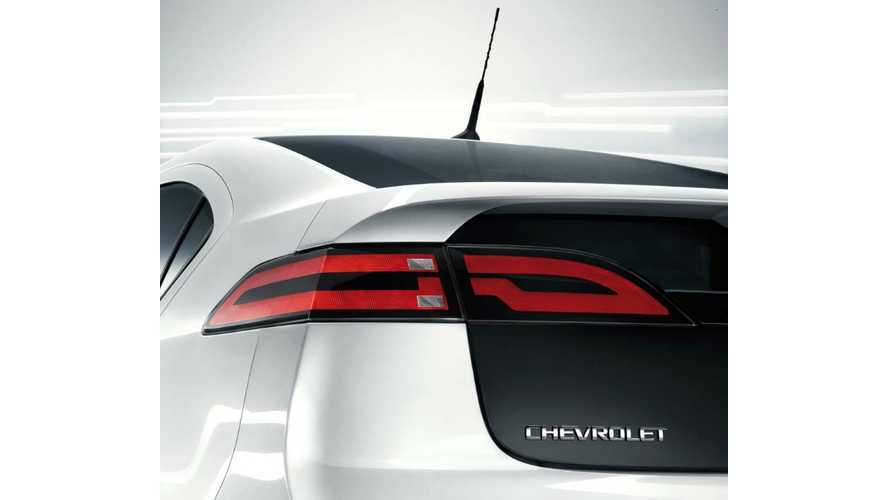 Not Doing Any Favors To 2015 Chevrolet Volt Sales Was A Flood Of Next Gen Information This Month, Including A Lighter, More Powerful Lithium Battery

Before September, Chevrolet had improved month-over-month sales results with the Chevrolet Volt throughout 2014.  Unfortunately September was a big step back as the plug-in Chevy went from a year high 2,511 units sold down to just 1,394, off about 45%

For October, the results did improve somewhat however, as 1,439 Volts were sold, which was up 3% from last month, but still off 29% from the 2,022 sold last year at this time.

Why are these two issues problematic to sales today?

Although GM still has about 6,000 copies (and dwindling) of the Volt in dealer inventory around the country, it is now not ideally spread out across the country - and production won't be resuming reportedly until the third week of November, so few depth problems will be solved by the factory until 2015.

The other issue being, why would a customer knowledgeable that the next generation of the Chevrolet Volt, which rides on a new platform, with a longer range, with faster acceleration, for less money...and out in less than a year, choose to buy a 2015 Volt today?

Only a lot of money on the hood and/or a very cheap lease likely restores the Volt to former sales glory now before the 2016 Volt arrives...both of which could easily happen, as GM has shown a willingness to cut pricing to move inventory.

Separately this month, Cadillac made a lot of waves, confirming that not only would a 2nd generation of the ELR be arriving, but also a plug-in CT6 in 2015 - high end luxury with 70 MPGe.

The take-away from all this?  GM's plug-in sales are probably going to be fairly underwhelming for the next 8 months or so, but with 4 confirmed plug-ins (including the 200ish mile Sonic-based BEV) on the market in 2015, sales recap stories a year from now should be singing a very different tune.