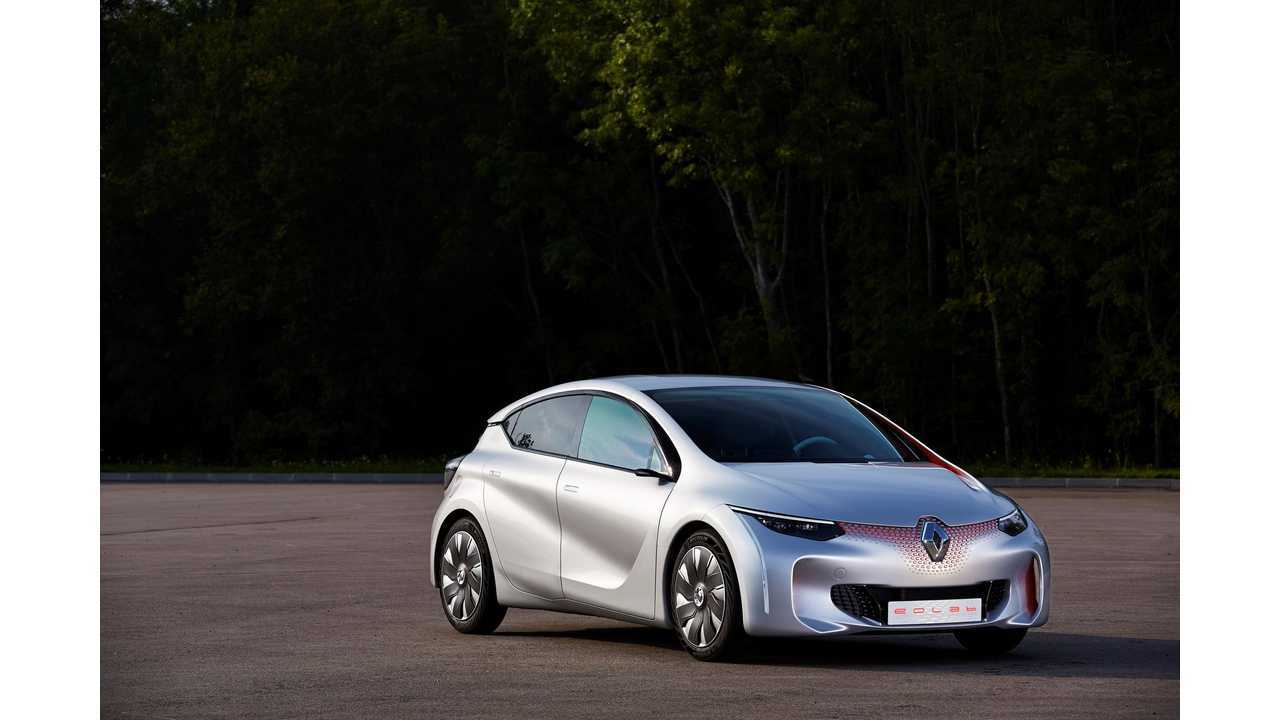 Top Gear recently had the exclusive opportunity to test drive the new Renault EOLAB, which will be presented early next month at the Paris Motor Show.

As it turns out, this is not concept car that  barely goes, but rather a fully functional prototype. It seems that Renault is seriously considering plug-in hybrids and, according to Top Gear, a plug-in Clio could enter market around 2018.

The electric range of this prototype is up to 40 miles and top speed is 100 mph. Acceleration from 0 to 62 mph takes 9.0 seconds.

"It always moves away electrically. It's silent, smooth, responsive and as clean-feeling as EVs always are. Then the petrol engine starts at about 25mph. Because you're already rolling, it chugs to life unobtrusively. Whatever you do with the accelerator, it stays running as long as you don't drop below that speed."

"The patent transmission has just three gear ratios and no clutch. One gear set is driven by the engine, the other two by the e-motor, and they're brought into use in various combinations. This means the car can effectively change gear between four 'gears' (not just three) with the engine running, and the engineers say it should feel as smooth as a double-clutch. At the moment it doesn't - there's a notable pause, like an early single-clutch flappy-paddle. Anyway, it's a lively enough little car, and easily feels like it can make the claimed 0-62 in 9.0 seconds."

"It can be chucked into bends without a care, and finds about as much grip as a decent supermini, despite the skinny aero tyres. Again, that's its lightness paying off. It rolls a bit but you feel quite racy sat down low. The power steering feels unnatural going gently but actually gets livelier when you're cornering hard, so the fundamentals are right."

"Like any energy-conscious hybrid, the Eolab harvests energy by electric regeneration when you brake. The pedal isn't mechanically linked to the brakes, so the blending of regeneration and friction is determined by computer. The pedal needs more calibration: it's grabby. But it stops you.

"We got to the test laps via a potholed farm track. Which went to prove the ride is supple and the body feels impressively tight and rigid."

"But the main thing is, it drives like a normal car. It looks rather better than that. If this is the supermini of the next generation, we're in."