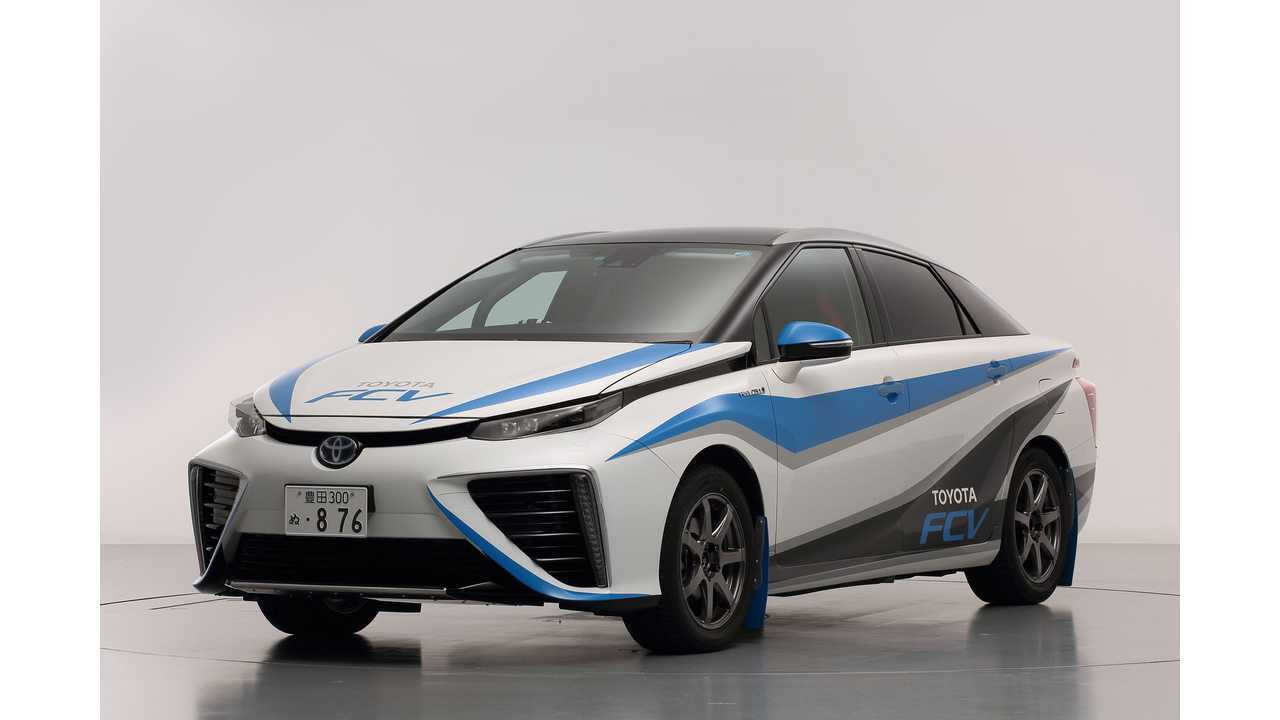 Toyota announced that its first fuel cell car scheduled for series production and sales will appear at the 2014 Japanese Rally Championship.

Sadly, the Toyota FCV won't race against other cars, but just appear as a "zero car."

"A Toyota fuel cell vehicle (FCV) will be put through its paces in the final installment in this year’s Japanese Rally Championship: the 285 km Shinshiro Rally, held in Aichi Prefecture on November 1 and 2. Before the race starts, the FCV, specially tuned and outfitted for rally racing (as pictured below), will check the safety of the roads as a zero car―while emitting zero CO2 or harmful substances."

We are getting closer to the launch the Toyota's FCV sedan in Japan - by the end of March 2015 and later in the U.S. and Europe.

"Toyota has been developing fuel cell vehicles for more than 20 years. The company’s commitment to environment-friendly vehicles is based on three basic principles: embracing diverse energy sources; developing efficient, low-emission vehicles; and driving real and positive environmental change by popularizing these vehicles."