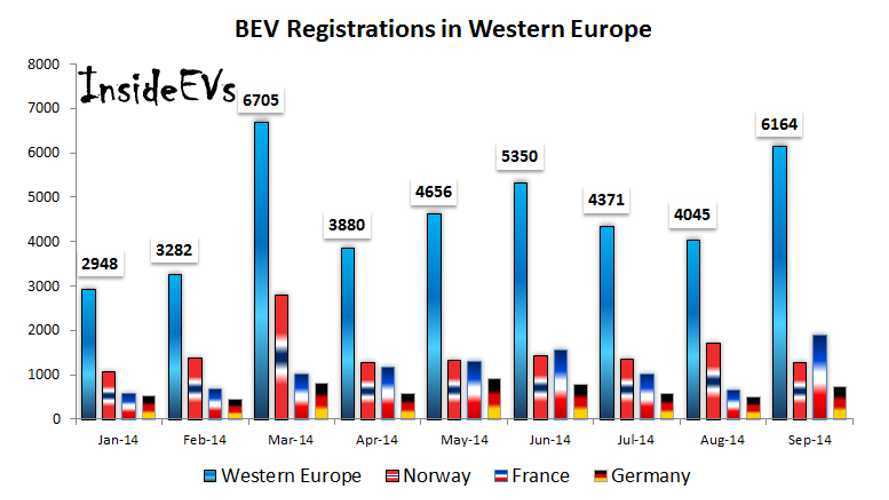 At the end of the month, EagleAID released the latest numbers for all-electric car sales in Western Europea and, as it turns out, we see the second highest result ever.

6,164 sales comes mainly from sales surges in France and the UK, with stable levels in Norway and Germany. All the results do not include plug-in hybrids of any kind.

"According to provisional figures compiled and published exclusively by AID every month, West Europes Septembers electric car registrations - energised chiefly by a combined Renault and Nissan registration spree in both France and the UK - hit the second-highest monthly level on record."

Part of the EagleAID's reports ends:

"Is this a first sign that Europes still circumspect new car buyers have finally warmed to the real life viability of electric car transport or a mere transitory blip?"