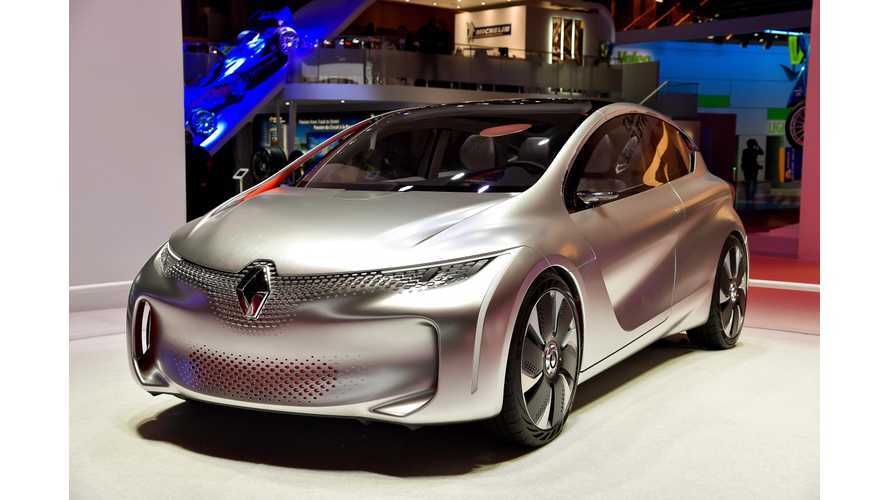 Renault didn't say whether or not it will build such a car, but Thierry Bollore said that if Renault decided to green light it, then it could be priced similar to diesel-powered Clio.

Not bad for a plug-in hybrid with 66 km of range under NEDC.

The other interesting statement is that carbon fiber isn't the way to go for Renault, as the company prefers aluminum:

"Bollore said Renault purposefully avoided the use of expensive lightweight materials such as carbon fiber for the Eolab, which weighs 955kg."

“It’s easy to put carbon everywhere, but if you are a customer what do you do if your carbon fiber door is broken? It’s a disaster. It costs a fortune. If it's made of aluminum it’s easy because everyone knows how to repair it,” he said.

For now Renault is preparing to include some of the 110 innovations from Eolab into other production models.

The drivetrain consisting of a 75 hp 1.0-liter three-cylinder gasoline engine, a 6.7 kWh battery and a clutchless three-speed transmission with an integrated electric motor probably will be seen in production soon - “is the sort of hybrid solution that will be seen on future Renault vehicles.”