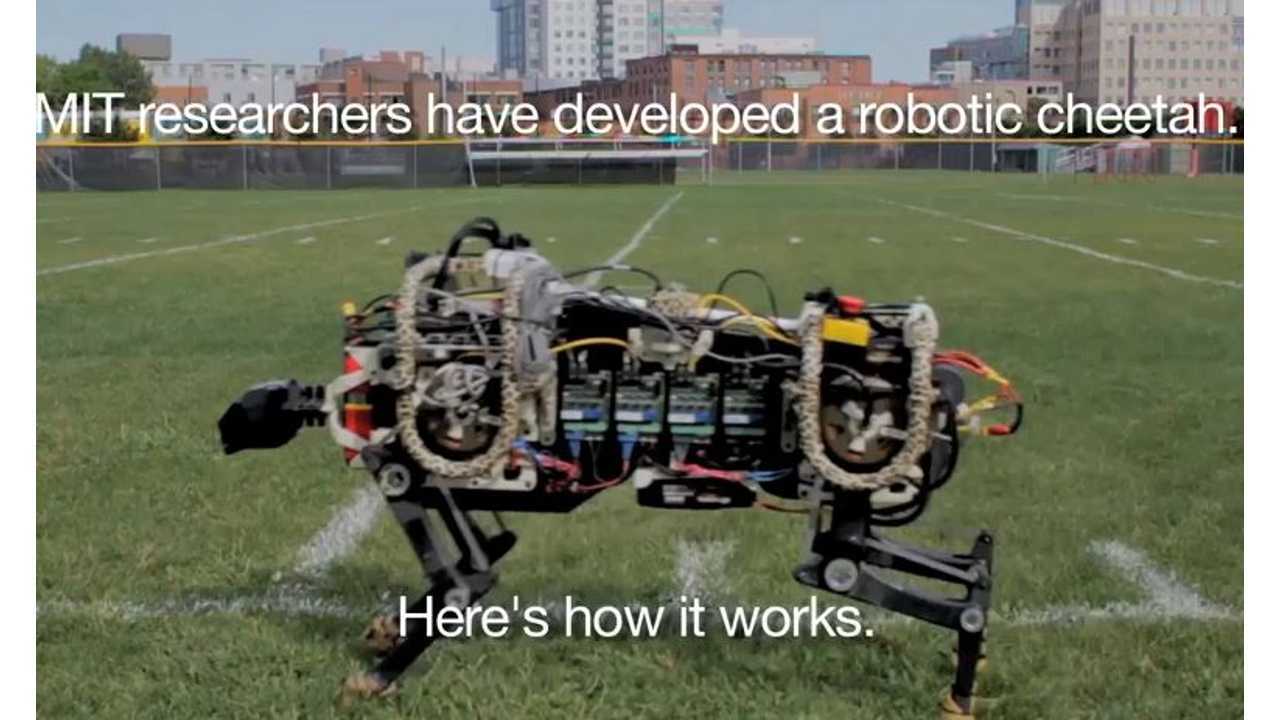 "MIT researchers have developed an algorithm for bounding that they've successfully implemented in a robotic cheetah."

This electric, robotic cheetah, though not capable of matching the speed of a real cheetah, is nonetheless a joy to watch in motion.

"Speed and agility are hallmarks of the cheetah: The big predator is the fastest land animal on Earth, able to accelerate to 60 mph in just a few seconds. As it ramps up to top speed, a cheetah pumps its legs in tandem, bounding until it reaches a full gallop."

"Now MIT researchers have developed an algorithm for bounding that they’ve successfully implemented in a robotic cheetah — a sleek, four-legged assemblage of gears, batteries, and electric motors that weighs about as much as its feline counterpart. The team recently took the robot for a test run on MIT’s Killian Court, where it bounded across the grass at a steady clip."

In this test run, speeds of up to 10 MPH were achieved.  The goal is to push that to 30 MPH soon.