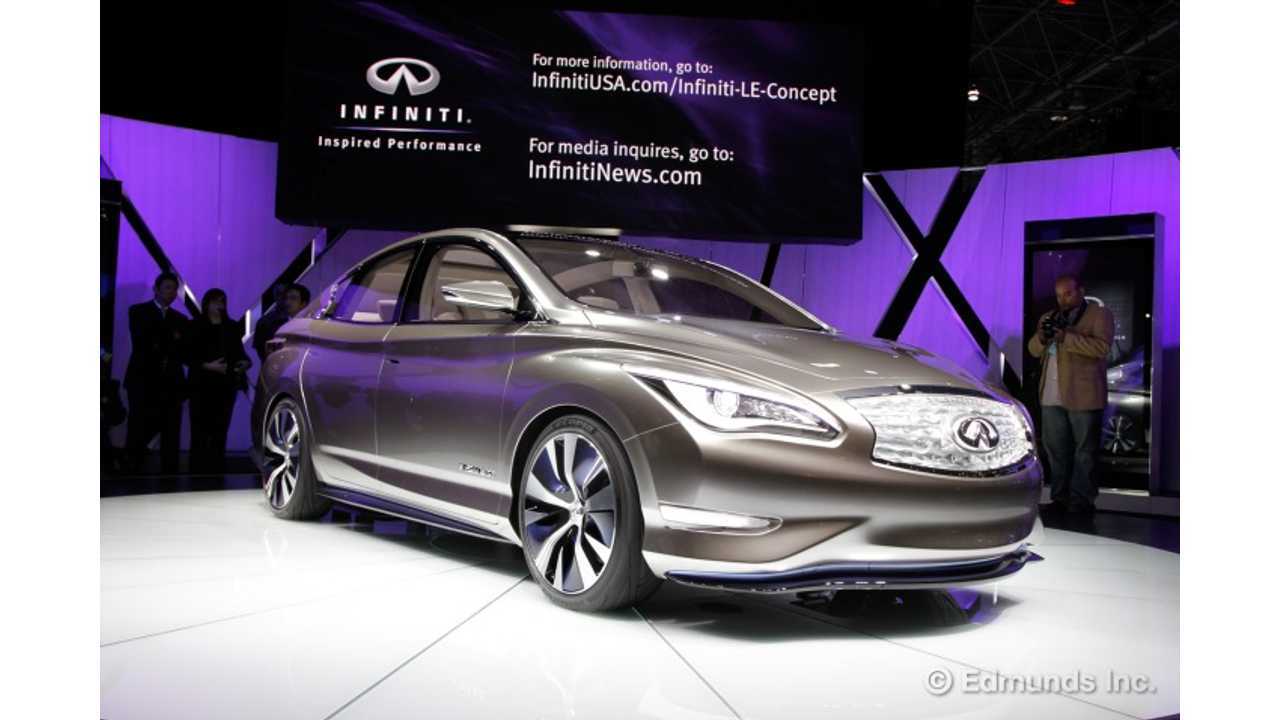 Wireless Charging Expected To Be Standard On Infiniti LE

Stemming from the earlier Reuters article—in which Nissan is seen dropping out of the battery business in favor of outsourcing batteries from LG Chem—comes this Infiniti LE-related development.

"An all-electric Tesla rival is still planned for Nissan's premium Infiniti brand in 2018 with batteries as big as 60 kilowatt-hours (kWh), more than twice the energy capacity of the LEAF, which is due for replacement the previous year."

As big as 60 kWh?  How will Infiniti stuff that capacity in the LE?  It seems that LG Chem may well supply its next-generation lithium nickel manganese cobalt oxide (NMC) batteries to Infiniti for the 2018 LE.  (we are pretty sure the quote misplaces MY for production year)

Increased energy density will allow for the relatively compact LE to boast up to 60 kWh of energy storage capacity.

Nissan recently update/vocalized plans for the LE by saying it would “go on sale close enough to be counted” as part of the company’s Power 88 program, so on or before March 31, 2017.

Additionally, these next-cell batteries are believed to have a price target of only $200 per kWh, according to Reuters.  At least that's the price The Alliance (Renault-Nissan) is willing to pay, no matter if the batteries are bought from an outside source or manufactured by the automaker.

To sum it all up in bullet points: