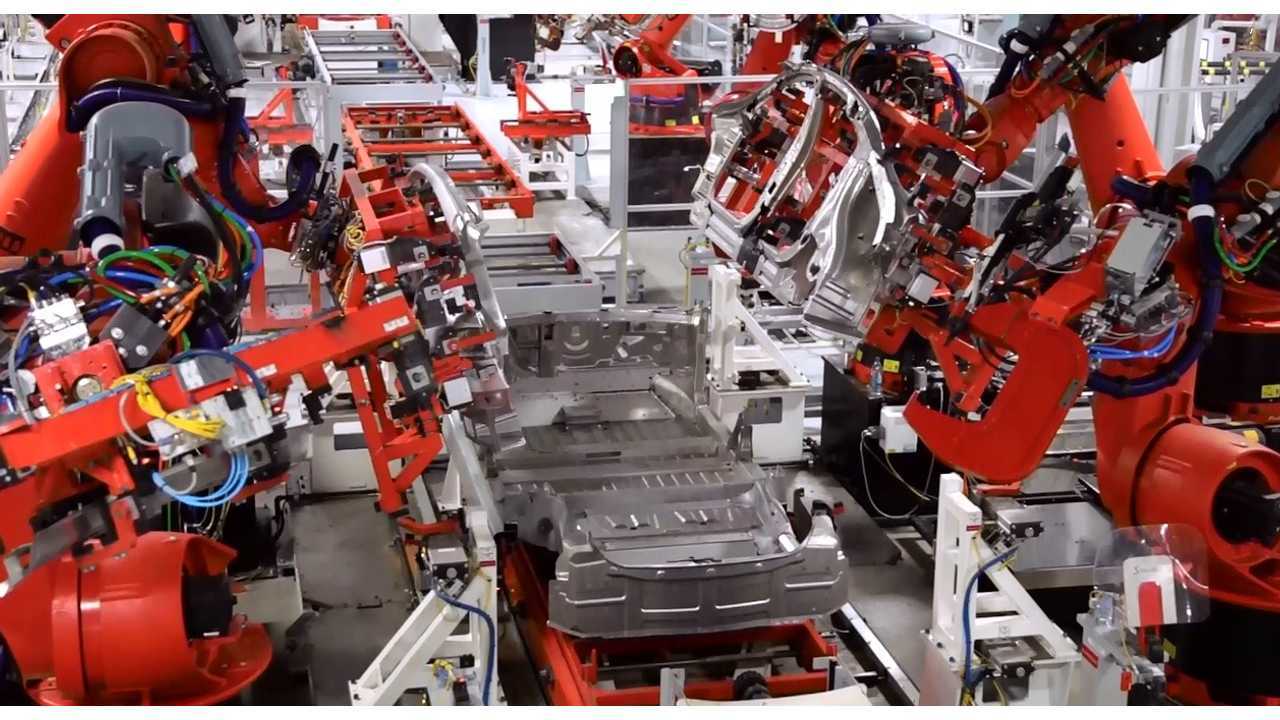 Two Lines Are Always Better Than One

Of course "potential capacity" is not to be confused with actual, or current; remember Nissan's Smyrna plant in Tennessee is capable of producing 150,000 LEAFs in a year, yet is currently tooled to make only about 40,000 - a demand level that took the company more than half a year to bump up to thanks to a very slow battery pipeline.

Chowdhry noted that at the time of his visit (late August) the lines were capable of pumping out 800 Model S EVs per week.  He estimated that production would hit the 1,000-unit per week mark with 4 to 6 weeks (so, right around now).

The retooling at Fremont cost Tesla $100 million.  It was the single largest investment made by Tesla into the factory since operations there began.  Most of the retooling was to allow Tesla to build both the Model S and upcoming Model X on the sames lines (2 lines, that is).