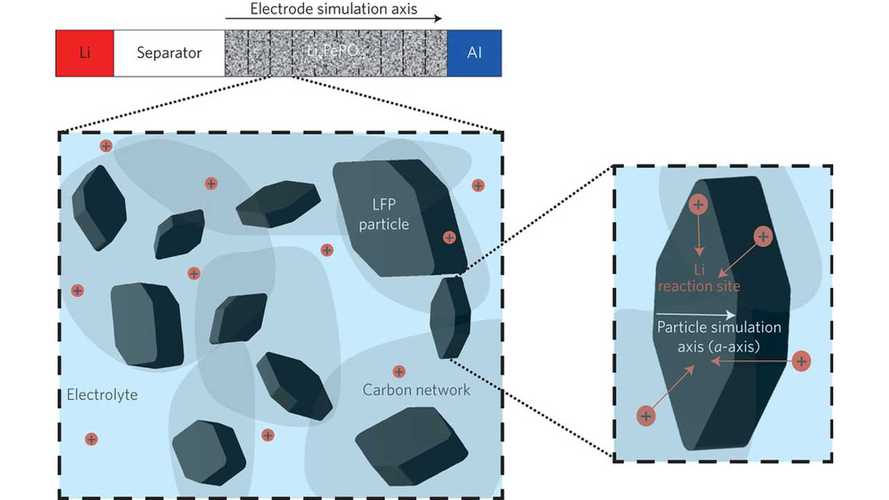 According to an article published in Nature Materials by researchers from Stanford University and the Stanford Institute for Materials & Energy Sciences (SIMES) at the Department of Energy’s SLAC National Accelerator Laboratory, and colleagues from Sandia National Laboratories, Samsung Advanced Institute of Technology America and Lawrence Berkeley National Laboratory, quick charging isn't as damaging to lithium-ion batteries as previously thought.

The key thing is however in the "as previously thought."  William Chueh of SIMES, senior author of the article, states:

"The results challenge the prevailing view that “supercharging” batteries is always harder on battery electrodes than charging at slower rates. The results also suggest that scientists may be able to modify electrodes or change the way batteries are charged to promote more uniform charging and discharging and extend battery life."

"The fine detail of what happens in an electrode during charging and discharging is just one of many factors that determine battery life, but it’s one that, until this study, was not adequately understood. We have found a new way to think about battery degradation."

Battery wear and tear occurs from the swelling and shrinking of the negative and positive electrodes during charging and discharging, which on the chemical level means absorbing and releasing ions from the electrolyte.

Per Yiyang Li, lead author of the report:

"For this study scientists looked at a lithium iron phosphate cathode material. If most or all of the nanoparticles in the material actively participate in charging and discharging, they’ll absorb and release ions more gently and uniformly. However, if only a small percentage of particles take in the ions, they’re more likely to crack and get ruined, degrading the battery’s performance."

"Previous studies produced conflicting views of how the nanoparticles in the cathode material behaved. To probe further, researchers made small coin cell batteries, charged them with different levels of current for various periods of time, quickly took them apart and rinsed the components to stop the charge/discharge process. Then they cut the electrode into extremely thin slices and took them to Berkeley Lab for examination with intense X-rays from the Advanced Light Source synchrotron, a DOE Office of Science User Facility."

"Analyzing the data using a model developed at MIT, the researchers discovered that only a small percentage of nanoparticles absorbed and released ions during charging, even when it was done very rapidly. However, when the discharge rate increased above a certain threshold, more and more particles started to absorb ions simultaneously, switching to a more uniform and less damaging mode. This suggests that scientists may be able to tweak the electrode material or the process to get faster rates of charging and discharging while maintaining long battery life."

The project will continue because more experiments are needed, but to our knowledge, it seems that high power charging is not much worse for batteries than slow or medium charging. Non-linearity and temperature dependence however requires caution before issuing the final verdict.