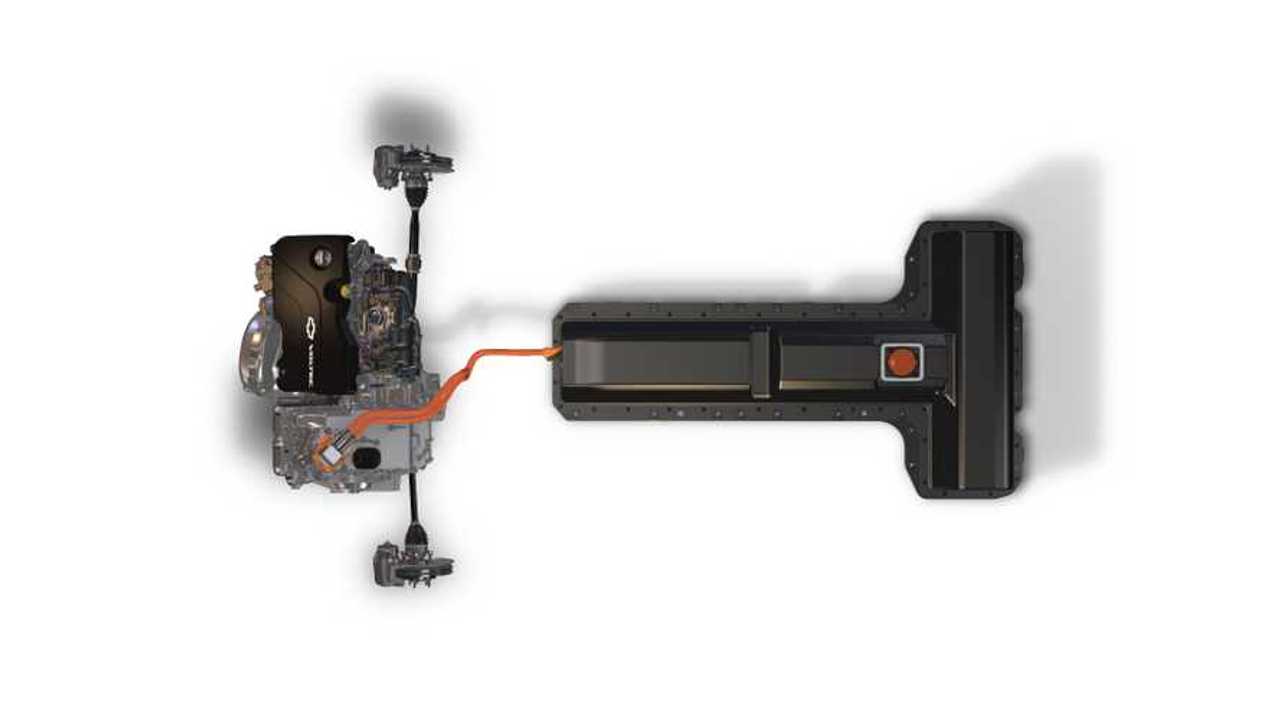 Confirmed Via Twitter - Next-Gen Volt To Get More Electric Range

At a media event today in Warren, Michigan GM outlined a good bulk of its plans for the next generation of Chevrolet Volt.

The 2016 Volt will now also have 5 operational modes, including the common all electric mode and range more, while also having the ability to use different blending of the two motors (electric/gas) depending on the performance and efficiency the road (and the driver) wants – giving the car a 20% improvement in electric acceleration.

If GM's 20% performance estimate relates to 'off the line' acceleration as well as normal/eco acceleration, the next Chevrolet Volt will get to 60 mph in just over 7 seconds.

“The new system will be more efficient and offer greater EV range and fuel economy compared to the current generation.”

And while the company did not get into any hard specifics, they did outline some basically parameters than can give us a pretty decent idea of what to expect.

As far as efficiency goes, the new two motor drive unit is 100lbs lighter and 5-12% more efficient, so paper we can expect an extended range MPG of somewhere in the low 40s (the current Volt nets 37 MPG according to the EPA).  The next gen Volt will operation on regular gas, as opposed to premium.

As for range (via battery abilities), GM states the following:

“Revised cell chemistry, developed in conjunction with LG Chem, increases storage capacity by 20 percent on a volume basis when compared to the original cell, while the number of cells decreases from 288 to 192. The cells are positioned lower in the pack for improved (lower) center of gravity and the overall mass of the pack has decreased by almost 30 pounds (13 kg).”

The new Volt battery back is actually slightly smaller (and lighter) than the existing one, meaning that with a 20 percent increase in storage volume, its theoretical capacity would be about 20 kWh (the 2015 Volt is rated at 17 kWh). GM did note in the presentation that the new drive unit is more efficient as the Traction Power Inverter Module is now built into the drive unit, which reduces the complexity of the design and further improves range.

To us, the battery configuration looks to be near identical to the one currently in the 2015 edition of the Spark EV, rated at just over 19 kWh.  From a statement made by Larry Nitz (GM electrification boss) earlier this year on the new Spark EV battery pack being replaced by LG Chem over the A123 one in place for 2014:

"A newly designed battery system features an overall storage capacity of 19 kWh and uses 192 lithium ion cells. The cells are produced at LG Chem’s plant in Holland, Mich. The battery system weight of 474 lbs. is 86 pounds lighter than the system in the 2014 Spark EV.”

Any bets the 2.0 Volt might be following in the Spark EV's footsteps?

Even though the 2015 Chevrolet Volt is rated at 38 miles, that was based off a slightly smaller 16.5 kWh battery from 2014. Using the specifications given today, our guess is that the 2016 Chevrolet Volt will have an all electric range of 50 miles on a 19 kWh-ish pack, while still allowing for perhaps 3-5 miles of variance from the unknown specific data points.

...but so much for that full size, adult 5th seat it would seem.

The second-generation Chevrolet Volt will use an all-new Voltec drive unit and 1.5L 4-cylinder engine for extended range operation. The system was designed to be more efficient while providing increased acceleration.

The all-new Voltec drive unit used in the second-generation Chevrolet Volt is 100 lbs. lighter and up to 12 percent more efficient than the previous system.

The GM-designed electric motors used in the second-generation Chevrolet Volt deliver more than 20 improvement in electric acceleration. GM engineers designed the motors to use less rare earth materials. One motor doesn’t use any rare-earth type magnets.

Debuting in 2015, new model will have increased EV range

The Voltec system includes the battery, drive unit, range-extending engine and power electronics. The new system will be more efficient and offer greater EV range and fuel economy compared to the current generation.

“Our Volt owners truly love the EV driving experience, with more than 80 percent of all trips being completed without using any gasoline. We’ve used their real-world experiences to define the next generation Chevrolet Volt,” said Alan Batey, head of global Chevrolet. “By putting our Volt owners at the center of what we do and leveraging our electrification engineering leadership, we’ve been able to raise the bar and will exceed their expectations with the new Volt.”

General Motors’ industry-leading battery technology has been improved for the next-generation Volt. Revised cell chemistry, developed in conjunction with LG Chem, increases storage capacity by 20 percent on a volume basis when compared to the original cell, while the number of cells decreases from 288 to 192. The cells are positioned lower in the pack for improved (lower) center of gravity and the overall mass of the pack has decreased by almost 30 pounds (13 kg).

Approximately 20 million battery cells have been produced for the more than 69,000 Chevrolet Volts on the road today with industry-leading quality levels of less than two problems per million cells produced.

The battery system continues to use the Volt’s industry-leading active thermal control system that maintains electric range over the Volt’s life.

Based on a GM study of more than 300 model year 2011 and 2012 Volts in service in California for more than 30 months, many owners are exceeding the EPA-rated label of 35 miles of EV range per full charge, with about 15 percent surpassing 40 miles of range. Current generation Volt owners have accumulated more than 600 million EV miles.

“It would have been simple for us to tweak our existing battery to provide nominally increased range, but that’s not what our customers want,” said Nitz. “So our team created a new battery system that will exceed the performance expectations of most of our owners.”

EV range estimates will be revealed in January at the North American International Auto Show in Detroit.

GM will manufacture the Volt battery pack at its battery assembly plant in Brownstown, Mich.

Like the battery system, the next-generation Volt’s drive unit was reengineered with a focus on increased efficiency and performance, improved packaging and reduced noise and vibration characteristics. The two-motor drive unit operates approximately 5 to 12 percent more efficiently and weighs 100 pounds (45 kg) less than the current system.

The Traction Power Inverter Module, which manages power flow between the battery and the electric drive motors, has been directly built into the drive unit to reduce mass, size and build complexity while further improving efficiency.

The boost in performance comes from both motors operating together in more driving scenarios, in both EV and extended-range operation. The ability to use both motors helps deliver more than 20 percent improvement in electric acceleration. GM engineers designed the Voltec electric motors to use significantly less rare earth materials. One motor uses no rare earth-type magnets at all.

The new drive unit will be manufactured at GM’s Powertrain plant in Warren, Mich.

“Using the 1.5L engine as the range extender assures owners they can go anywhere, anytime without having to worry about whether they have enough power to go through the Rocky Mountains or on a spontaneous weekend getaway,” Nitz said. “It’s all about keeping the promise that the Volt is a no-compromise electric vehicle.”

The 1.5L engine will be manufactured at GM’s Toluca, Mexico engine plant for the first year of production, then shift to the Flint, Mich. engine plant.

Since its introduction in late 2010, the Volt has established southeast Michigan as the hub of vehicle electrification development and manufacturing. The next-generation Volt will feature approximately 70 percent U.S. and Canadian components within its first year of production, a nearly 20 percent increase from the first-generation, Nitz said.