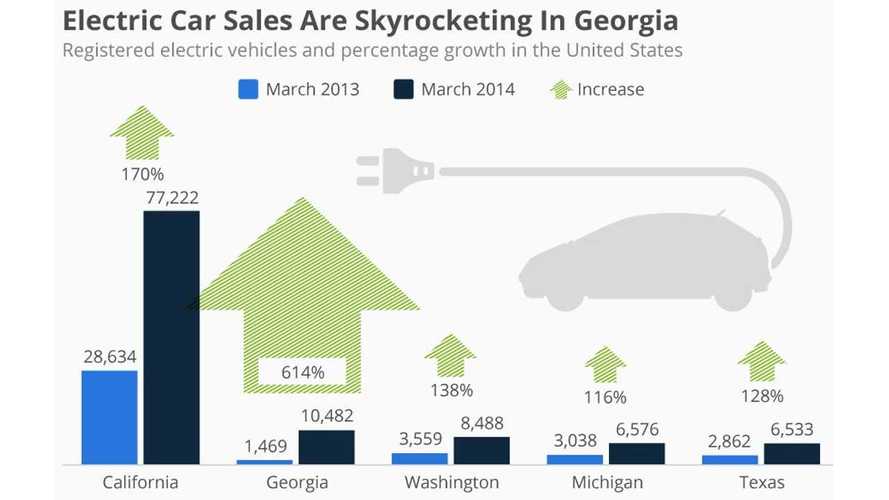 Thanks to Forbes and Statista, we have this nifty infographic showing 5 states where electric cars sales have risen substantially in the past year (March 2013 to March 2014).

The infographic specifically focuses on March sales figures (no clue why), but was published in late October.

Georgia is clearly the leader in growth at 614%, but that's from a small base.

Meanwhile, California show substantial growth from a comparatively large base.