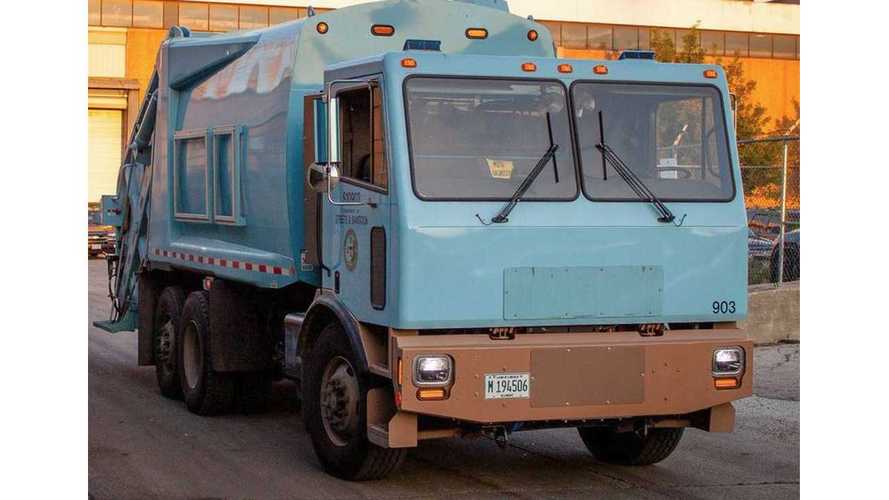 Motiv is proud to be “under the hood of America’s first all-electric refuse truck."

The City of Chicago contracted with Motiv to build up to 20 of these electric garbage trucks.

Called the ERV (Electric Refuse Vehicle), this electric garbage truck features 10 battery packs.  Its range is 60 miles and it's got enough juice on board for 70 compaction cycles.

While we don't know the actual cost of the ERV, we do know that Motive has worked out a bulk order deal in which the more orders placed, the lower the cost.  Basically, it work out so that by the time the tenth order is placed, the cost is actually less than a comparable diesel refuse truck.  And, of course, the cost of fueling this truck is significantly less than a diesel one.