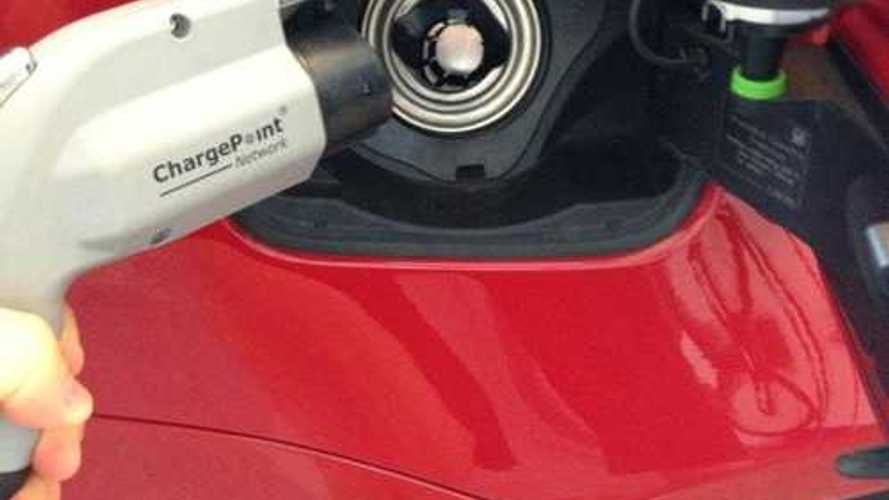 Hopefully more dealers will understand that their EV customers want an EV loaner when their car is in for service and add them to their loaner fleet.

I've been lucky enough to own some spectacular cars in my life. Like most people, bringing my car in for service was never something I looked forward to. However one thing that I did like was when I got an interesting car as the service loaner. I remember one time when my Mercedes ML430 was being worked on I got a black E430 4matic and I liked it so much I almost told the dealer to keep my car and trade it for the loaner.

Today, many dealers have only a small fleet of in-house loaners and use rental car agencies for the overflow of cars that they need. They do it to save money, and I'm sure it does, but they do miss out on the opportunity to show off the other cars that they sell. I still don't fully understand why a BMW dealer for instance would want to put their customer in a car from another brand while they are getting service, it just seems wrong.

However dealers that are beginning to sell electric cars are now finding they have another problem to deal with. Their EV customers don't want to drive a gas car while their car is in for service, regardless of the make or model. I wrote a blog post about this over two years ago when I was driving my ActiveE and now that the i3 has launched I'm watching many i3 owners say the same thing. One person recently posted this in the i3 Facebook group:

"Most people would love to drive a new BMW 3-Series for a few days as a loaner. Not me. It vibrates, burns gas, I have to use the brake pedal, makes noise and is slow. All this found during the 2.1 mile drive home. Very much so ‪#‎firstworldproblems‬. Think I'm going to bribe my wife for a ride to and from work."

Imagine that. The BMW 3-Series is considered one of the best cars on the road. In fact, it has was recently awarded Car & Drivers coveted "Ten Best Cars" distinction for the 23rd consecutive year. One would think just about anyone would love to have a new one for a few days while their car was in for service. That's not so if your car is an i3. After driving an electric car for a while, ICE vehicles seem antiquated. You feel the engine vibrations right up through the steering wheel, you hear the engine noise when you accelerate, gear shifts feel clunky and jerky. Yep, once you get back in an ICE vehicle after driving electric you realize what you've left behind and you don't miss it. You've evolved now, and you don't want to go back to the dark ages of the ICE.

Some BMW dealers have already realized this and are including i3 loaners into their in house fleet. This is a great idea for a couple of reasons. First, they can keep their i3 customers happy while their car is in for service, and secondly they can expose some of their other clients to the electric driving experience. Any electric car owner can tell you, getting people to try electric drive is the hardest part. Once they experience the smooth linear acceleration, the quiet vibration-less cabin and the excitement of the instant torque of an electric motor they too will be thinking about going electric. I'm happy to report my dealer (JMK BMW in Springfield, NJ) - perhaps with the help of some encouragement from me ;) has decided to include an i3 to their stable of loaners. I think this is a great move and will pay dividends for them in the long run.

However this certainly isn't just a BMW issue. I've seen Nissan LEAF and Chevy Volt owners lament the fact that they get an ICE loaner car and wish they had an electric option available. Tesla only sells electric cars so they only have electric loaners. In fact, not only do you get a Tesla loaner, but all Tesla loaners are the top of the line P85 Model S. Plus, if you really like the loaner, Tesla allows you to keep it. Of course you have to pay the difference in your car's value and the P85 loaners that you want, but it's a simple process where you just tell them your keeping that car and they tell you how much you owe them for the difference. That's another example of how Tesla is bringing new ideas and improved customer service to the industry.

I am sure that the savvy dealers who provide electric loaners for their EV customers will definitely benefit. The electric vehicle community is pretty close-knit and does communicate amongst themselves. It doesn't take long for a specific dealer to be labeled a "bad" dealer for not being very "EV friendly". Conversely, the dealers who have provided good service to their EV customers have benefited from a high number of referrals. The dealers who train their staff to understand these new cars, provide free on-site charging, and offer electric loaners are the ones who are really going to succeed in the new electric frontier.