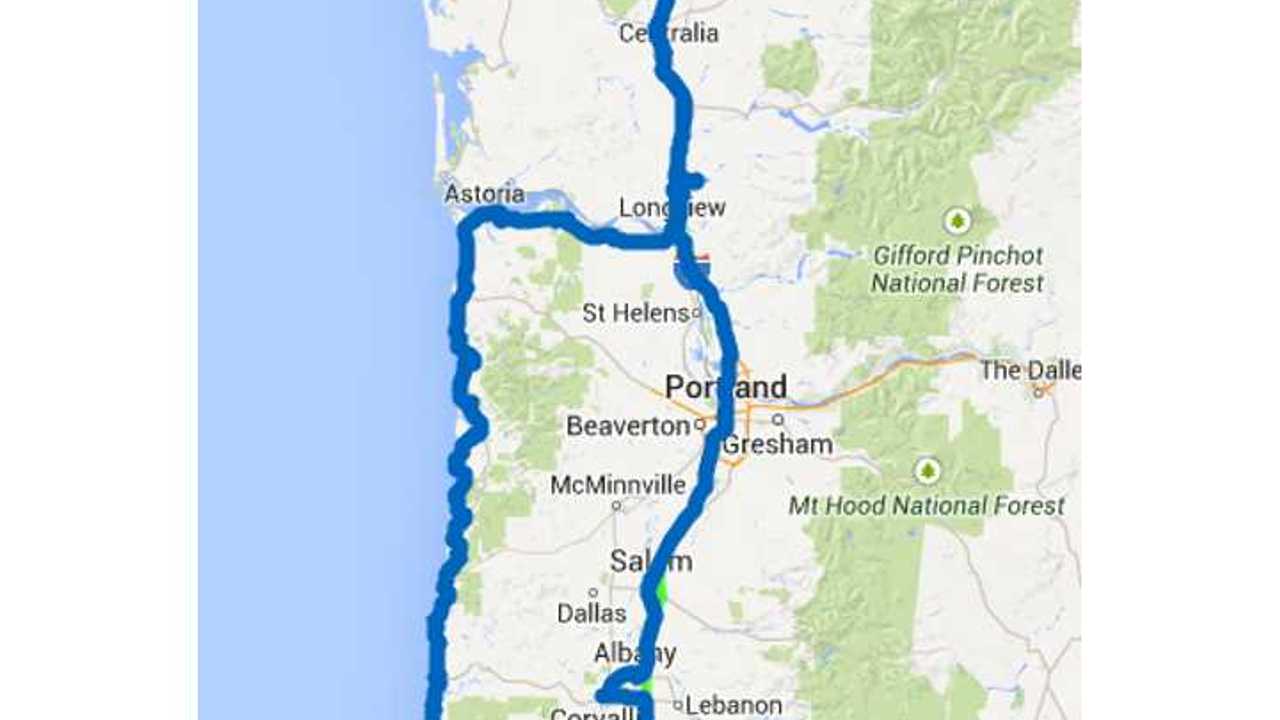 We ended up coming home a day early because Trish came down with a stomach virus on Tuesday. We kept thinking it would go away, but it did not after a couple days, so we decided to shoot for home.

This change in our plan resulted in a single day drive on Thursday of 275 miles, which is much longer than we planned to go on any day for this trip. Because Trish wasn’t feeling well and we had to stop anyway, we used each quick charger long the way, even if we didn’t really need to. For the most part we would arrive with about 40% charge and put it up to around 80%, then continue. We successfully completed a total of seven quick charges that day without any negative impact to the car. Battery health was at 100.25% when we reached home the following afternoon. I may write more about this particular leg of the trip in a separate blog post, as the details may be of interest to some of our readers.

For our entire trip, we used 30 different charging stations and a few campground RV outlets while we camped, for a total of 48 charging sessions (most of which were fairly short). We kept our battery charged up: our lowest battery level was 29%. This is a testament to the high number of available charging stations in Oregon and also my personal level of comfort.

By the way, while we were gone, our solar array at home produced 756 kWh, more than twice the power we actually used on our trip.

We visited a number of towns and cities we’d never visited before. Every place we visited is a place that we would not have visited (and spent money at) if there were not charging stations to get there, as both of our cars are electric. I will be writing another blog post later detailing how much money we spent in each of these cities and towns. I hope that this will help officials in those areas can get an idea of how much money would not have come to their municipality if they didn’t have electric vehicle charging stations, and help officials in other areas justify the costs of putting charging stations in their communities.

I will also be posting later about how the tracking at ZEroadtrip.com worked and how you might be able to use this functionality to track your own trips in the future.

Then we’ll start thinking about our next trip!

By: Tyrel Haveman
++
++
Got a tip for us? Email: tips@insideevs.com