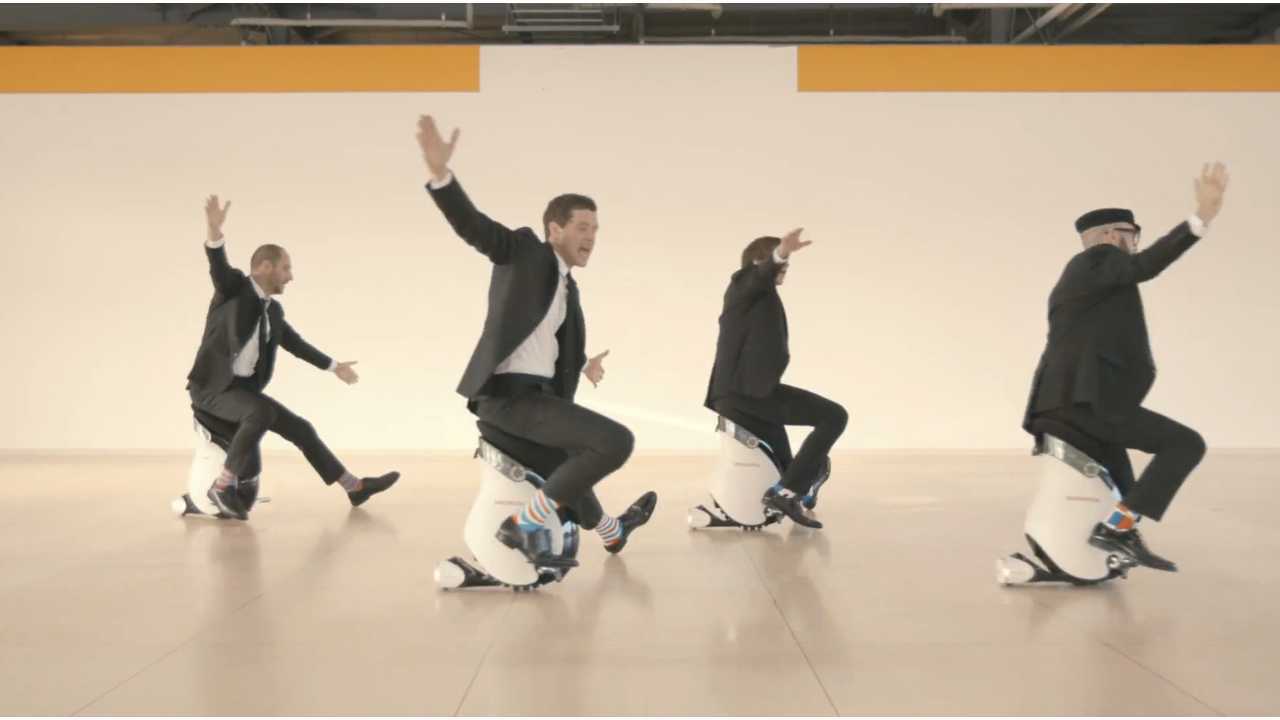 You know we've got our finger on the pulse of the hottest viral band videos, and so the OK Go video that just went live (directed by Morihiro Harano) was so two days ago, right?

Specs?  Of course we have specs.

And here's the video:

If you'd like to read more about OK Go and their pretty remarkable work, plus some detailed explanations on how the video was shot, take a look at the Billboard story, "OK Go Deconstruct Their Drone-Filmed 'I Won't Let You Down' Video".  There they also explain that Honda helped pay for the production.

Here's (most of) the press release:

"The band has earned worldwide attention for its music as well as for the release of unique music videos, including the 2007 Grammy-winning video for “Here It Goes Again.” In this latest music video, OK Go members ride Honda’s innovative UNI-CUB β in totally synchronized maneuver in harmony with dancers to thanks to free and omni-directional moves unique to the UNI-CUB β.

"The UNI-CUB β is a new personal mobility device featuring balance control technology and Honda’s proprietary driving wheel system that originates from the research into humanoid robots, represented by ASIMO. These technologies allow a UNI-CUB β rider to move forward, backward, side-to-side and diagonally as freely as walking, simply by shifting body weight and leaning toward the intended direction. OK Go members, famous for their creative music videos, were inspired by the unique concept and maneuvers of the UNI-CUB β, leading to the realization of this collaboration.

"OK Go filmed this video in Japan for the first time using entertaining video filming methods such as the non-stop filming of the entire video as well as use of a multi-copter customized especially for the filming of this music video."