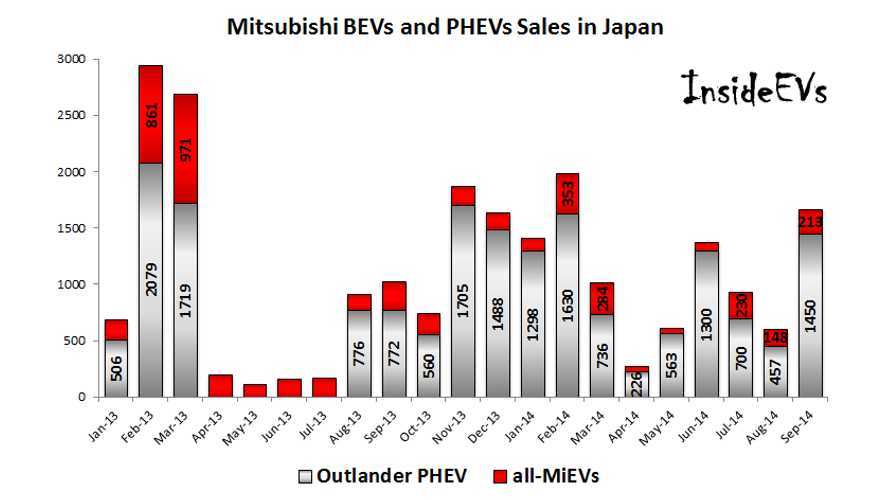 Mitsubishi had another strong month of Outlander PHEV sales in Japan for September after two weaker months earlier this summer.

1,450 units for Outlander PHEV plus 213 all-electric i-MiEVs (all versions) gives Mitsubishi a total of 1,663 plug-ins sold for the month.

This is almost as high as Nissan LEAF sales of more than 1,750 in September in Japan.

After nine months, Mitsubishi sold in its domestic market almost 10,000 EVs. Of course, the majority are Outlander PHEVs - 8,360, while MiEVs stands at 1,512.

Let's look at the graph with two brands - Nissan & Mitsubishi, which together are responsible for more than 20,000 sales this year in Japan with three months to go: