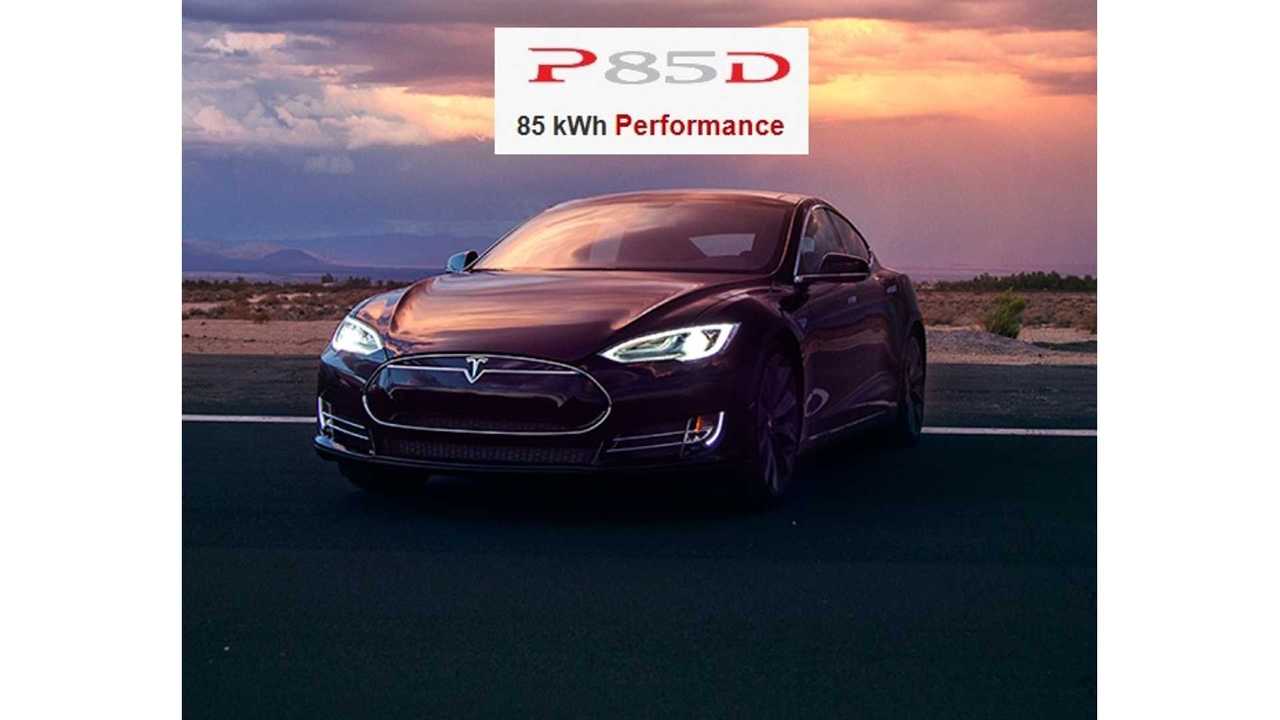 Remember when the Tesla high performance P85D launched 3 weeks ago, and we felt that the $120,170 base price, which included a lot of forced options, was still more than fair?

Well, forget all that.

As Tesla announced their new, better/cheaper leasing program for the Model S over the weekend (full details/monthly payment schedules can be found here), they also quietly decontented the minimum requirements for the P85D.

Previously, one had to have the P85D equipped with the Tech, Smart Air and 21″ wheel packages to get the top-of-the-line AWD, 0-60 mph in 3.2 second ultra performance package.

Today, not so much.

Now you can pass on all that extra stuff (that really doesn't affect the performance of the car) plus delete out the new "Black Textile Seats" the company introduced at the time of the car's launch and save another $3,500.

Random note:  For those not following the rabid flow of P85D  news of late, note that the car now also has a listed range (right graphic) of 285 miles, instead of previously stated 275 miles.