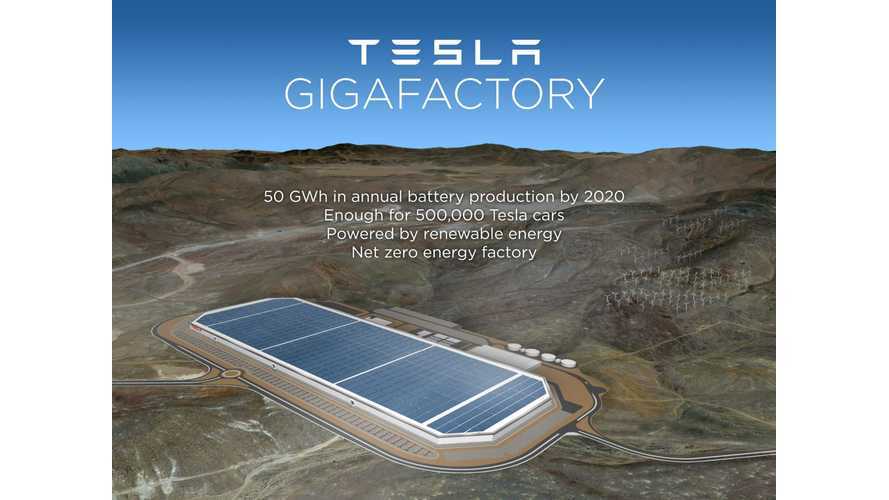 The Nevada Legislature was called back into session to broker the Tesla Gigafactory deal.

"Both the state Senate and Assembly unanimously approved the deal, strung together with four bills including the marquee measure, Senate Bill 1. Sandoval will sign the legislation late Thursday, local time."

Sandoval has signed the legislation, so it's now officially official: the Tesla Gigafactory will be in Nevada.

"SB1 gives Tesla TSLA about $1.25 billion in tax abatements in exchange for Tesla investing $3.5 billion in the state within the first 10 years of the agreement. It passed the Senate with a 21-0 vote."

USA Today reports that automotive dealerships (and insurance companies) are the big losers in this Tesla-Nevada deal:

Although the tax-abatement bill was the major piece of legislation, three other bills also passed both houses Thursday:

• Assembly Bill 1: Provides Tesla with eight years of discounted electricity from NV Energy. The law expands the existing discount period to eight years from four years and requires the company to sign a 10-year contract to purchase grid power from the utility. The value of the discount is estimated to be about $8 million over the eight years. Northern Nevada power customers will see their bill go up about $1.52 a year to pay for Tesla's discount. tesla

• Assembly Bill 2: Allows electric car manufacturers to sell directly to consumers, bypassing the need for a dealership. This has been a contested issue in Texas and Arizona, where auto dealers and their lobbying arms worked to prevent Tesla and other manufacturers from selling directly to customers.