LG Chem: Will Be "Number One Player" For Batteries As Industry Moves Out Of Their Way 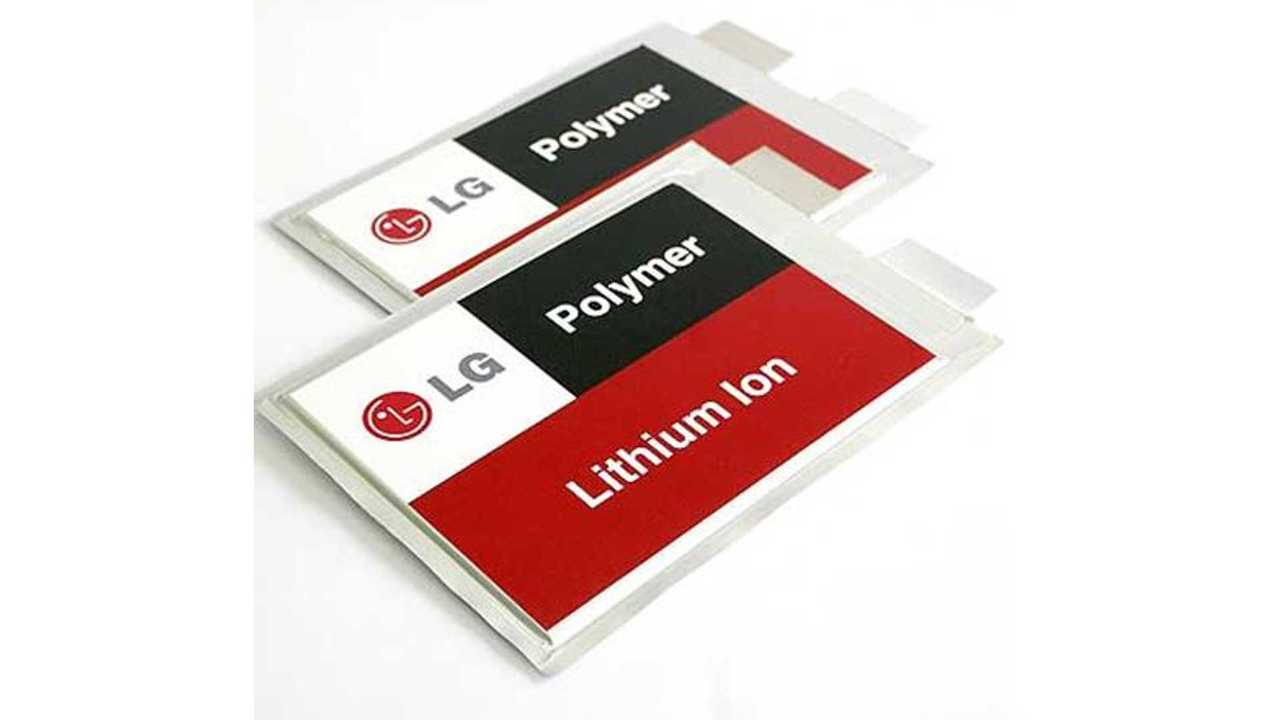 Given the recent news that LG Chem looks to displace some of Nissan's in house AESC battery production for future electric vehicles, the prediction from LG battery boss Gweon Yeong-su that his company will lead the world in EV battery production seems almost a foregone conclusion.

"In 2016, when the spread of electric vehicles begins in earnest, we will become well-established as the world's No.1 player."

It should be noted that in 2016, LG Chem's new "200 mile battery" will find its way inside at least one all-electric vehicle (most likely from GM). And if the rumor du jour on Nissan's partial (or eventual complete) switch to LG pans out, the next gen Nissan LEAF that is currently headed to production in the second half of 2016 could put the South Korean battery maker over the top.

Currently, Panasonic is still the number one manufacturer of lithium automotive batteries thanks to the huge packs (60/85 kWh) found inside the Tesla Model S.

Our estimated tally for total plug-in sales worldwide by automaker (through July):

If LG Chem does indeed convert some (or all) of Nissan, plus adds a 200 mile EV to General Motor's stable, plus continues to expand other OEM contracts (current and future) already in place (Ford, Renault, Volvo, Daimler, VW (Audi),  SAIC Motor Corp, Qoros, etc.), the race for first will be a cake-walk.

With Nissan on board as a client, our own unofficial tab puts LG Chem batteries in 23 different brands by 2016.

Nikkei also reports that LG Chem is getting into Chinese production in a big way - as on July 2, LG signed an agreement with the city of Nanjing with plans to build another new plant to manufacture lithium-ion batteries for EVs.

Past this expansion, LG's Chemical division is actually profitable today ... even more than its long standing electronics wing.

We should note more than half of that 1.66 billion profit still comes from petrochemical products, but LG says the battery business is the future driver of profits.

What can we take away from LG Chem's seemingly unstoppable dominance in the segment?

The fact that LG Chem can not only produce a lot of cells, but it can do so cheaply enough for other OEMs to abandon their own programs (Renault, Daimler, Nissan), while still turning a big profit at the same time.

But what does it mean for the consumer?

It means that no one OEM will hold the silver bullet of inexpensive long range EVs, that anyone who has the vision to build a plug-in vehicle and compete in this segment can.  On the other side of that coin, one battery provider may control the future - and that is a little scary too.

What about Tesla and its Gigafactory?  Plans for an inexpensive Model 3?

It is clear that LG Chem has found the 'secret sauce' for making automotive-specific lithium batteries.  But what about Tesla's recently announced Gigafactory in Nevada?

The issue at hand for Tesla now is that LG Chem has a proven, profitable model now for suppling batteries; and Tesla as of yet does not.  The question is can Panasonic and Tesla go halvsies on a $5 billion dollar plant and surpass LG's costing despite the apparent failure of all others to do so?

Perhaps they can; but Musk and company have to be real nervous today, at least a lot more nervous when they imagined up future plans for building their own cells locally several years ago as other major OEMs did.   The move from selling $100,000 - 265 mile cars to $40,000 (ish) - 200 mile cars is a huge jump by itself.

Ultimately, only time will tell.

Also of interest:  Based on the success and access of LG's battery production, the electronics division is hoping to be profitable by next year with its new car parts division focusing on the "next-generation eco-friendly vehicles, including EVs, plug-in hybrids and fuel cell vehicles."