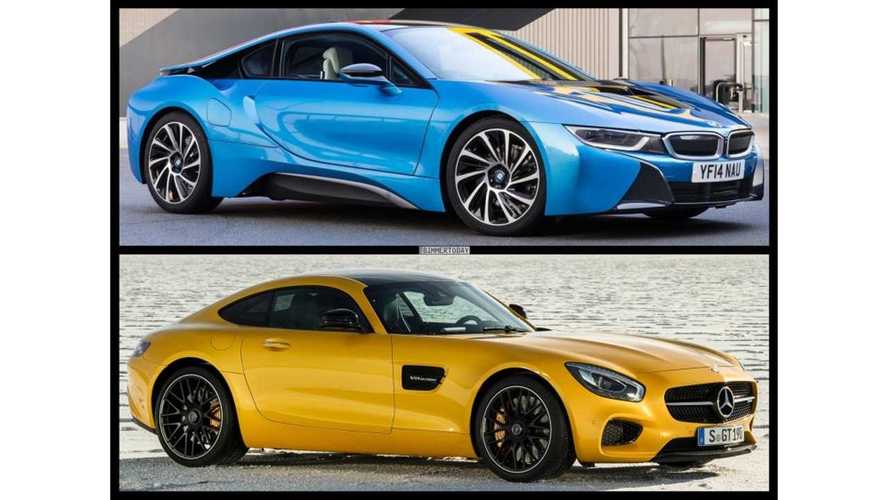 Mercedes-Benz unveiled the AMG GT S coupe in Stuttgart, Germany after months of speculations and spy photos. This is the second car developed completely in-house at AMG in Affalterbach, following the SLS AMG, and it’s the company’s latest supercar.

Only the second sports car developed in-house by Mercedes, the GT is a front mid-engine design centered around its biturbo 4.0 liter V-8 engine. The motor produces 456 horsepower, but the GT S version outputs 503 horsepower. Mercedes says it will hit 60 m.p.h. from a standstill in 3.7 seconds, with a top speed of 193 m.p.h.

Mercedes has not announced pricing for the 2016 GT and GT S, but says the GT S will be available in the United States in the spring of 2015. The GT will arrive in 2016.

It is built primarily of carbon fiber and the i8 represents the future of “green sportcars”.

While the BMW i8 is not considered a direct competitor, on paper, to the Mercedes GT, we took the time to see how the two cars compare visually.