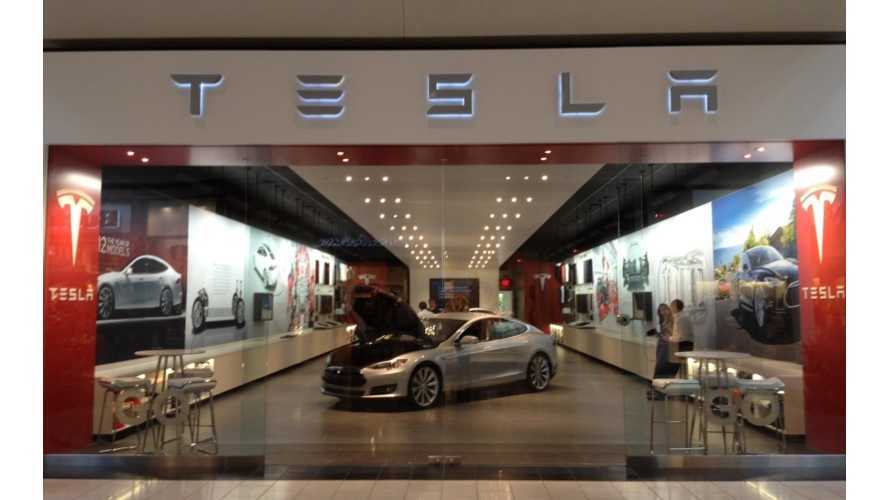 Out with Infiniti.  In Moves Tesla Motors.

In Lyndhurst, Ohio, Tesla Motors is in the process of renovating a former Infiniti dealership to turn it into a Tesla store.

"Infiniti moved out in June, and Silicon Valley-based Tesla is spending $150,000 to renovate the store."

"At more than 23,000-square-feet, the store will be the largest of three Tesla showrooms in the state, and the only one with a dual service center."

"We place stores and service centers in strategic locations based on where we believe our current and future customer base live and in areas where people are informed and interested in technology.  The Lyndhurst location is conveniently located off major corridors and easily accessible."

"They just gave it a facelift inside and added electrical outlets to accommodate the cars."

The facility won't be expanded and no variances have been filed.

Perhaps it's most economical for Tesla to buy up abandoned dealerships and convert them into Tesla stores?

Lyndhurst, Ohio Is East Of Cleveland