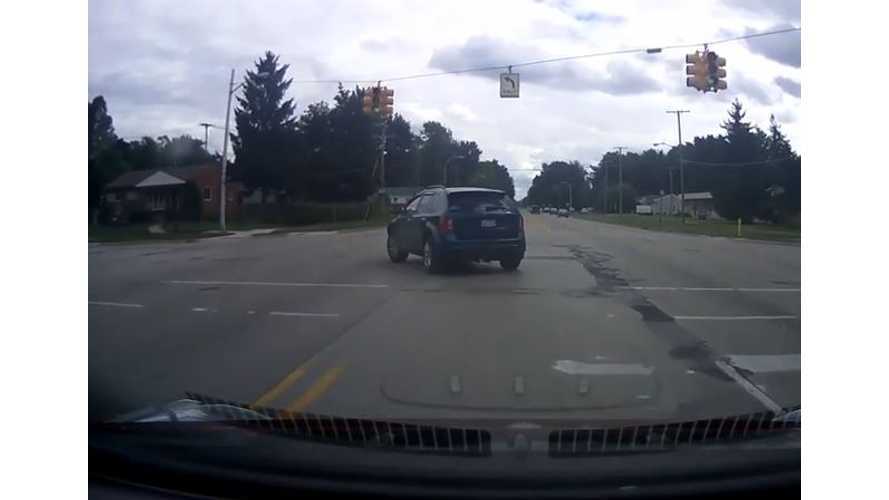 As seen in this dashcam video, a Nissan LEAF owner follows an erratic driver.  The LEAF owner discovers that the driver he's following was involved in a hit and run.

The video is rather uneventful, but as it turns out, one of the officers requested this dashcam footage for use against the driver of the offending vehicle:

I was keeping my distance. The last thing I wanted to do was have to defend myself, although I was equipped for the task.

Right after he did a U-turn he got stuck in traffic and the cops were able to stop him. The camera froze up right when he let out a passenger just before the end of the video. I have a feeling he didn't want to be caught with drugs so the passenger bailed along with whatever they didn't want to be caught with- but that's only speculation. One of the lieutenants called me later for dashcam footage since the driver was being uncooperative and he said the occupant of the vehicle he hit was injured. I don't want to see anyone go to jail or anything, but I hope this video gave the victim something to work with for a nice lawsuit.