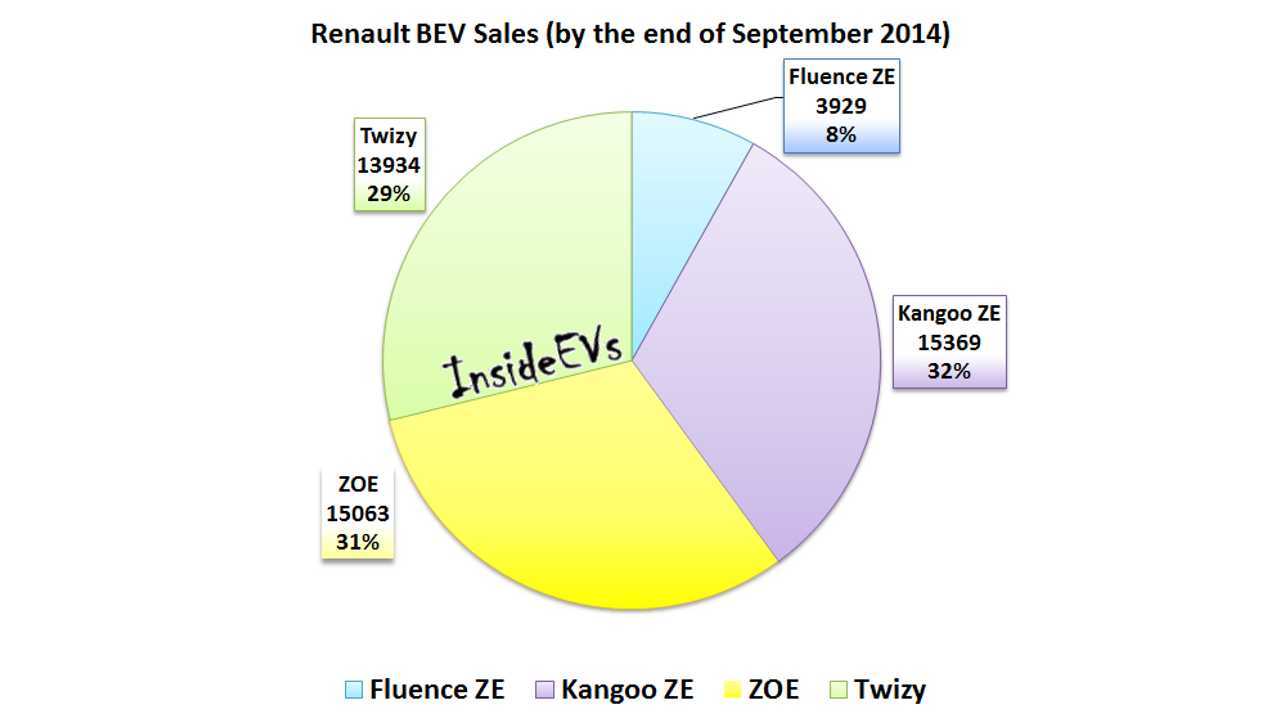 One of our readers inspired us to dig for some more data and create one more graph illustrating sales of the four all-electric Renault models.

As it turns out, according to the manufacturer's preliminary data (possibly inaccurate by a few hundred units one way or the other), total Renault electric car sales already exceed 48,000 units.

Cumulative sales of different models, besides Fluence Z.E., is aligned at approximately 30% between Kangoo Z.E., ZOE and Twizy.

This year, maybe even in October, Renault will hit the 50,000-unit mark. For Europe, this is probably the highest number among manufacturers, however 14,000 Twizys aren't full size cars.

The other carmaker that recently exceeded the mark of 50,000 produced cars is Tesla Motors, which probably already hit (or soon will) 50,000 deliveries (including Tesla Roadster).