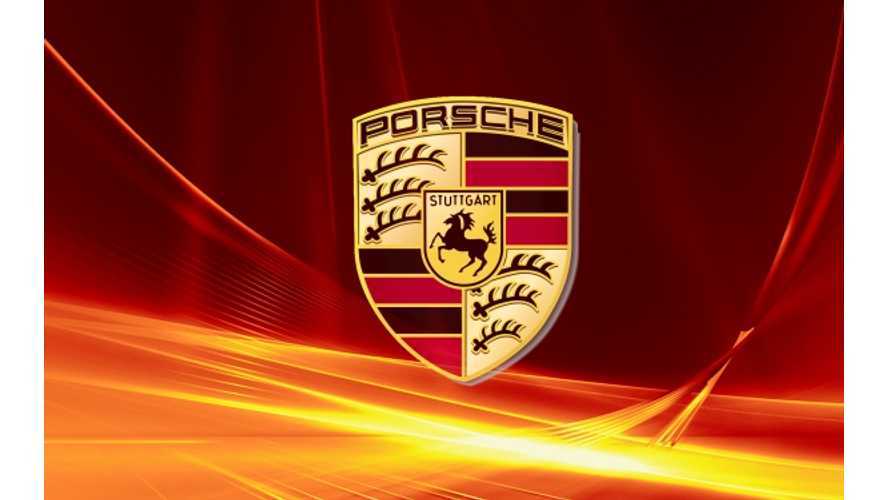 The first true Tesla-fighter is apparently on its way and it'll come from one of the most recognizable marques in the automotive world: Porsche.

"Porsche is plotting a surprise entry into the electric car ranks with an all-new mid-sized liftback that aims to compete with the Tesla Model S."

"Currently in the formative stages of development at Porsche’s Weissach R&D centre in Germany, the secret five-door is planned to form part of a new dedicated fifth model range set to slot into the German car maker’s line-up beneath the Panamera, according to German media reports citing comments made by Porsche’s outspoken chairman, Matthias Müller."

Given the level of detail Autocar provides, we believe this Tesla-fighting Porsche could be well along in the development process:

"Details of Porsche’s first-ever series production electric car remain shrouded in secrecy, though Autocar understands it has been conceived around a second-generation version of the MSB platform that currently underpins the Panamera."

"Set to employ a greater percentage of lightweight, hot-formed, high-strength steel and aluminium than today’s structure, it will boast a shorter wheelbase than that of the Panamera and aim to provide the new car with a kerb weight under the Model S’s 2190kg."

As for propulsion and battery, it's believed that the 5-seat Porsche Pajun electric will feature a synchronous electric motor with more output that the top-of-the-line Model S.  The battery will likely be the same unit found in the Audi R8.  Details on that pack are sparse, but we do know that in the R8 e-tron the battery provides up to 280 miles of range and that it's next-generation battery technology.

We've heard "Tesla fighter" several times in the past now, but this electric Porsche, if true, is shaping up to be the first true Tesla competitor: loads of performance, seating for five, range of more than 250 miles, Porsche refinement, handling etc.  Oh, and Porsche has lots of experience with plug-ins.  In fact, Porsche has 3 PHEVs available today, more than any other automaker in the world.

If any automaker is to take on Tesla, the Volkswagen Group (more specifically, Porsche and Audi) is who we'd say is most up to the task.  Certainly Volkswagen Group has the means, expertise, know-how, etc., but is the full-on commitment to plug-in vehicles there?  If Porsche launches the electric Pajun, then the answer is "yes."