All Electric Ferry Wins Ship Of The Year Award 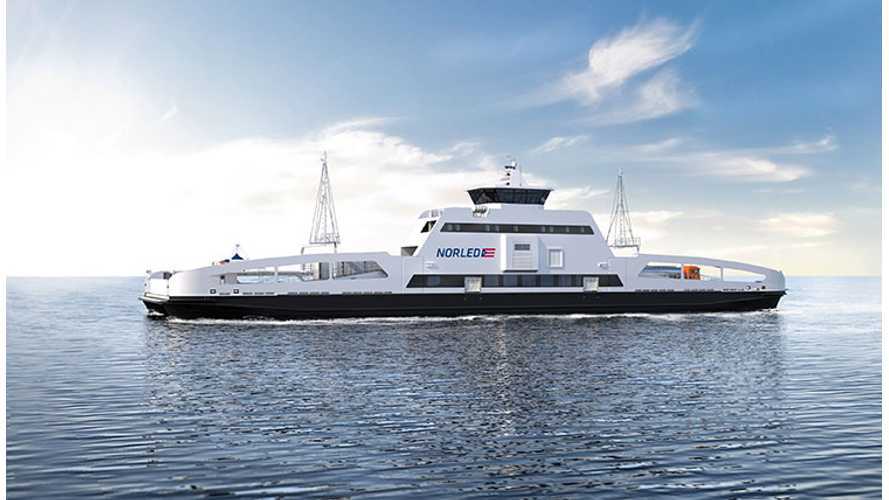 The all-electric ferry known as “ZeroCat 120” has been awarded "Ship of the Year".

The honor was handed out at the recent SMM trade show in Hamburg.

“ZeroCat 120″ is owned by the Norwegian ferry operator Norled and was designed and built by Fjellstrand, located on the southwest coast of Norway at Omastrand in the Hardangerfjord."

"The electrically-powered ferry was originally developed as a submission to a Norwegian Ministry of Transport competition where the winner would get a 10-year license to operate the Lavik-Oppedal route beginning in 2015. The new ferry, the world’s first to operate solely on battery power, will operate the route with 34 crossings a day, 365 days a year beginning January 1. The route and Norway in general is considered ideal for battery-powered ferries because of the short routes."

"The vessel has capacity for 120 cars and 360 passengers and will operate at about 10 knots."

As for the electric propulsion system that powers ZeroCat 120, it comes from Rolls-Royce. As we previously reported on InsideEVs:

"Rolls-Royce will supply the Fjellstrand electric ferry with its Azipull (azimuthing pulling propeller) propulsion system.   The ferry will be operated by Norled and will transport vehicles and passenger between Lavik and Oppedal, Norway at speeds of up to 25 knots (29 mph)."

"The trek between Lavik and Oppedal will take approximately 20 minutes and charging will take place while vehicles (up to 120)  and passengers (up to 360) are loading the ferry.  This provides only a 10-minute timfeframe to charge the massive vessel, which may seem to short to be possible, but high-capacity batteries, located at each port, will perform what’s called a “dump charge” to get the ferry ready for its next crossing before it departs."

"Amazingly, this electric ferry, which will replace the current 2,000-hp diesel ferry, will eliminate the annual need for 264,000 gallons of fuel."