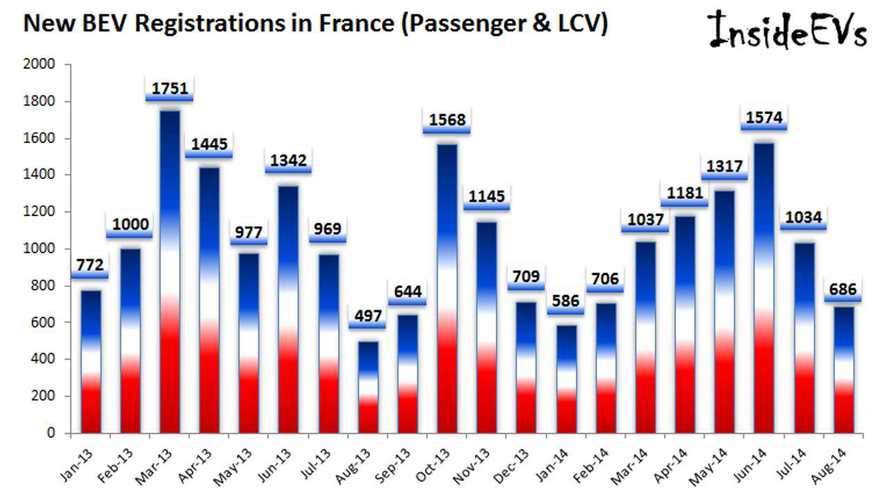 August is the slowest month for car sales in France, so electric cars dropped too. However, looking at July and August data (like L’Avere-France) we find growth of 17.3% compared to July & August 2013 sales and EV market share at 0.5%.

Sadly, comparing numbers we found that passenger EVs this time are below last year's result.

Renault ZOE with 449 leads the pack (42% share) ahead of 221 Bollore Bluecars and 138 Nissan LEAFs - all number for July and August combined.

Noteworthy is that the Kia Soul EV had 11 registrations.

Here is a graphic presenting the number of registrations for passenger models.

Comparing Renault ZOE to sales of Renault Clio, the result for August brings us below 3.5%, which means that for every 200 Clio sold, there are 7 sales of ZOE in France.