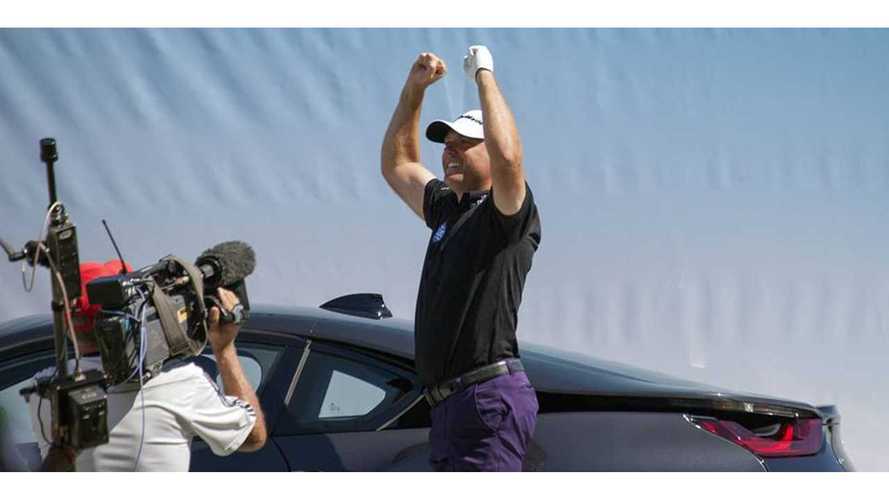 BMW i8 Advertisement In Which I8 Races A Golf Cart

When your golf game is in the dumps, shooting a hole-in-one probably isn't expected, but for English golfer Graeme Storm, that's precisely what happened this past weekend at the Omega European Masters.

With the hole-in-one Storm won a stunning BMW i8 plug-in hybrid.

“To win something like that is marvelous. I have not got a car at the moment so it’s not a bad start is it? I can’t afford one at the moment, I have played that bad this year I’ve had to give it back."

From not being able to afford a car to getting handed the keys to a brand-new BMW i8 all with a single swing of the club.

“I did not expect to shoot a score like that today to be honest because I have been struggling all year, so to be in this position is marvelous.”

The video below captures the sheer joy that overcomes Storm when he sinks the shot.

Editor's Note: If you are in a country where this video is not accessible, check out the slightly less professional footage of, well...the footage