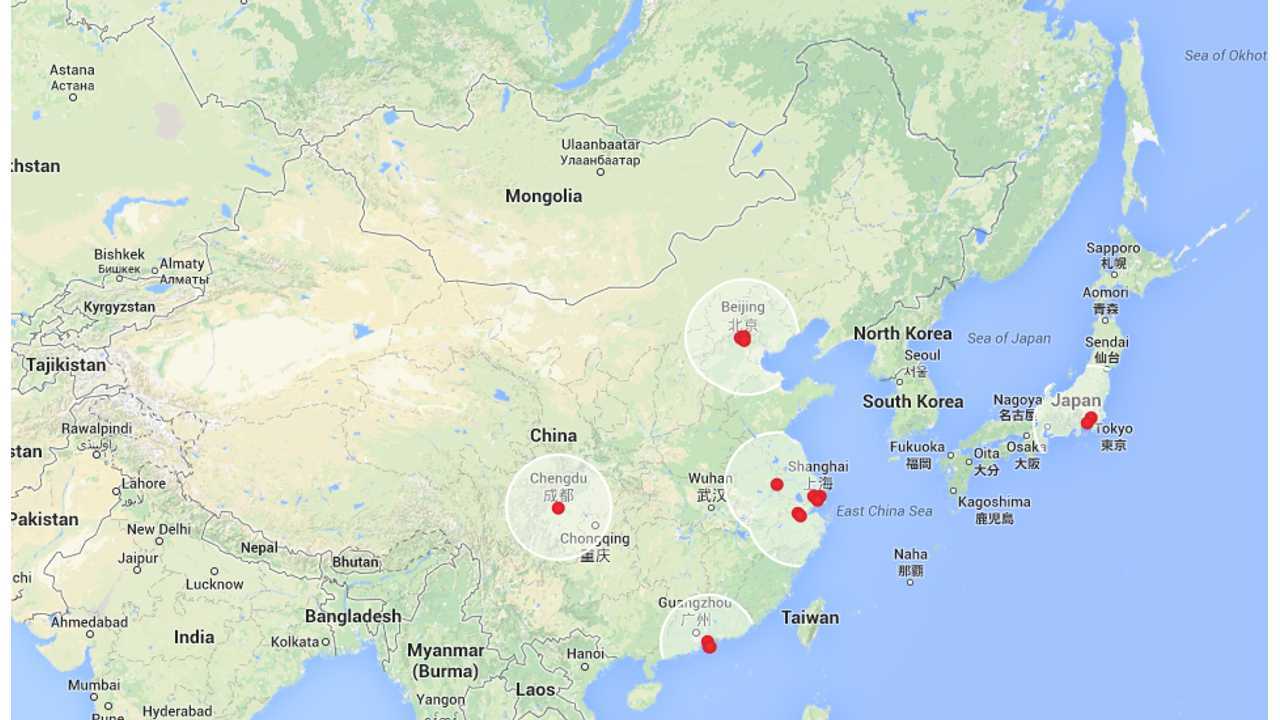 Superchargers in Asia at the end of 2014

Tesla Motors together with the start of Model S deliveries in Japan, launched its first two Superchargers in Japan - with 2 and with 4 stalls.

The first is at Hyatt hotel, while the second one is at a service center.

In total, there are already 17 Superchargers in Asia.

When we look at the installation plan up to the end of 2014 and for 2015, we can see that number of red dots is substantial. Tesla Motors for sure will not rely on CHAdeMO chargers, since the plan provides 20 locations operational in the next 1.5 years in Japan.

Superchargers in Asia in 2015