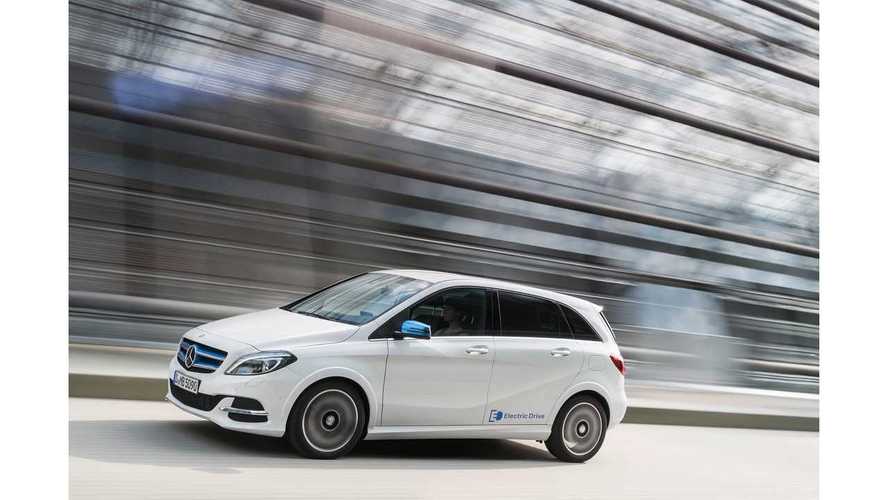 Mercedes-Benz B-Class Electric Drive has been on sale in the U.S. since July and after the first three months, sales reached 157 units.

The car is manufacturer in Germany, but sales in Europe start officially on November 3.

First deliveries in Europe are expected before the end of this year.

Details released on B-Class Electric Drive indicate that there is no difference in specification (U.S. to Europe), maybe beyond the charging which is designed for three-phase, unlike single phase in the U.S. No DC fast charging option is offered on either side of the ocean.

It should be noted however that the Europe release will be of the 2015 MY B-Class ED which has been refreshed, and includes the "range package" (which is now standard).

The US will start receiving the 2015s early next year as the company will look to sell out the few remaining 2014s they have already shipped out and on dealer lots in America.