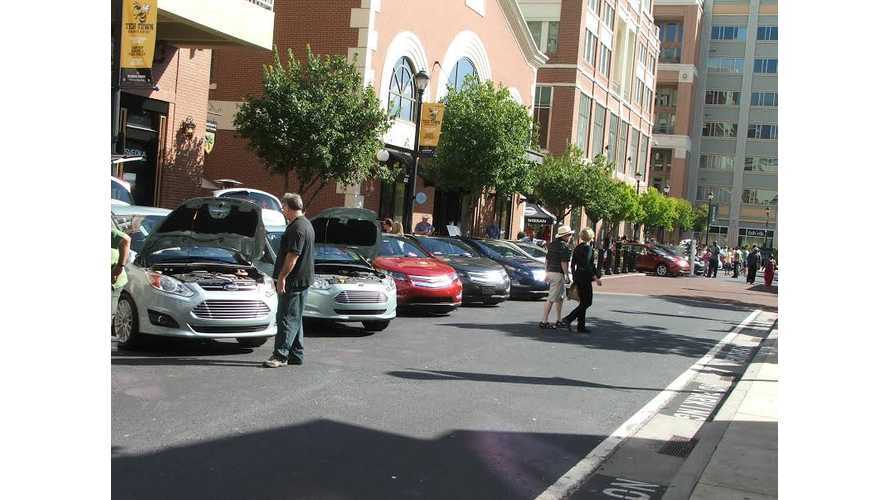 Well we might rename Atlanta to Hotlanta again as we preview some of the details for the National Drive Electric Week event.

Not to anyone surprise Atlanta is getting ready to put on a fantastic event to show the rest of the world why it is the second largest EV market in United States. According to the last statistics, Georgia is home to more than 10,000 vehicles with a plug, that is only second to California.

Although the festivities officially start on September 15th, Atlanta had to move their event to September 13th due to venue scheduling conflict.

Check Out Our Swell Banner!

An owner's meeting will begin at 9 AM behind Atlantic Station's Charging Spot followed by a public event at 11 AM in the Central Park.

You can register at www.atlantadew.com

Did we mention they have a 200 foot banner promoting National Drive Electric Week? Almost 550,000 drivers see it every day.

Editor's note:  Alongside Plug In America, the Sierra Club and the Electric Auto Association, InsideEVs is proud to promote National Drive Electric Week and its events across the country.  For more information about this event or others in your area, check out the official site here.