Why Did GM's Ampera Fail In Europe? UK Based AutoCar Weighs In 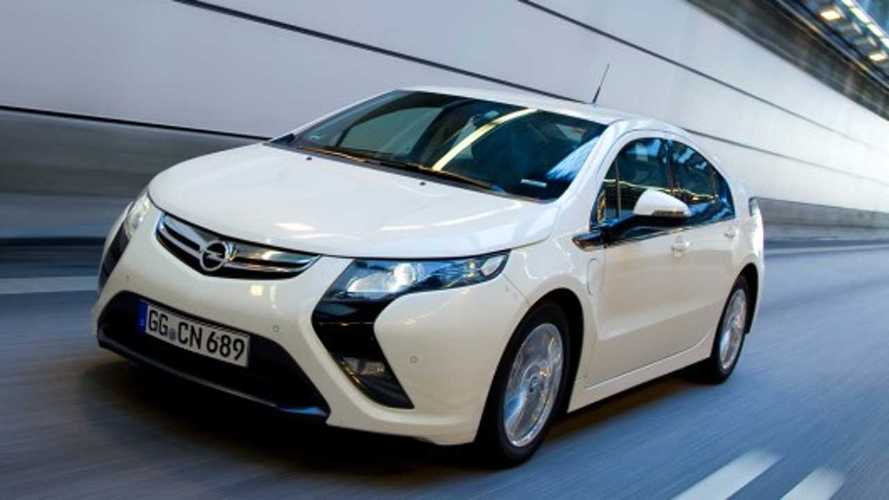 Why Didn't The Vauxhall Ampera Take Off In Europe? AutoCar Weighs In

Over the past several years, as the Vauxhall/Opel Ampera sales returns have come in, we have debated the viability of GM's rebranded/reskinned Chevrolet Volt for Europe.

Americans Were Widely Jealous Of The Ampera's Lines When Launched...Not So Much For Europeans Apparently

Then this past July, it was unofficially terminated via a series of tweets by General Motors Europe President Karl-Thomas Neumann, when he wrote:

“After the eventual run-out of the current generation Ampera, we’ll introduce a successor product in the electric vehicle segment."

Now UK-based AutoCar gives us a first-person prospective on why the Vauxhall Ampera was not a success from their home base.

"As much as you can argue that the Ampera was clever and desirable (it was the 2012 European Car of the Year, after all), there is no arguing with the sales figures...The early adopters have adopted, the business buyers have bought in and demand has slowed to a sub-100-unit-per-month crawl."

AutoCar feels that after those early adopting persons and businesses signed on there was little follow-through due to the pricing.

They likened the Ampera to a Volkswagen Golf 1.6 TDI SE, which would seem to not be that much of a stretch.  However the government and public's opinion of the plug-in Vauxhall's 'green cred' seemed to always be in question.

"...the green movement and EU governments decided to frame the hopelessly over-simplified environmental argument almost entirely in terms of CO2.

With the CO2 argument in mind, the typical European Ampera driver probably realised that when the car’s battery charge ran out, they were then propelled by a relatively low-tech petrol engine. This may return 45mpg (37 mpg in US gal) on the motorway, but that was adrift of what a good modern turbodiesel could manage."

So, the Ampera was too much money, didn't have any green cred and wasn't all that efficient in petrol mode.  Was that it?

Vauxhall Ampera Dash Cluster Not Liked In The UK

Europeans didn't care for the "space-age" styling, high tail, small side windows and especially not the 4-seat status due to the battery running down the center of the car.   And the interior console?

"But many dislike the one-piece moulded centre console and touch-sensitive switchgear, which give no haptic feedback and often result in frustrated jabbing."

The net result of the miscalculation by GM that they could sell the Chevrolet Volt in Europe not only meant poor sales, but poor residuals for those who did make the leap.  "While not terrible, it’s possible to buy a low-mileage, two-year-old example of the Volt or Ampera for as little as £16,000."

After saying all that, AutoCar really seemed to love their experience with their UK-bought Chevrolet Volt (irony it wasn't an Ampera?).

The reviewer Hilton Holloway himself says of the car: "I’ll be sorry to see it go. I ran a Volt on Autocar’s long-term fleet for a year and became a huge fan....while I’m very sorry that Europe won’t be seeing the new (2nd gen) model, I will also admit that I’m very much in the minority with this view. "