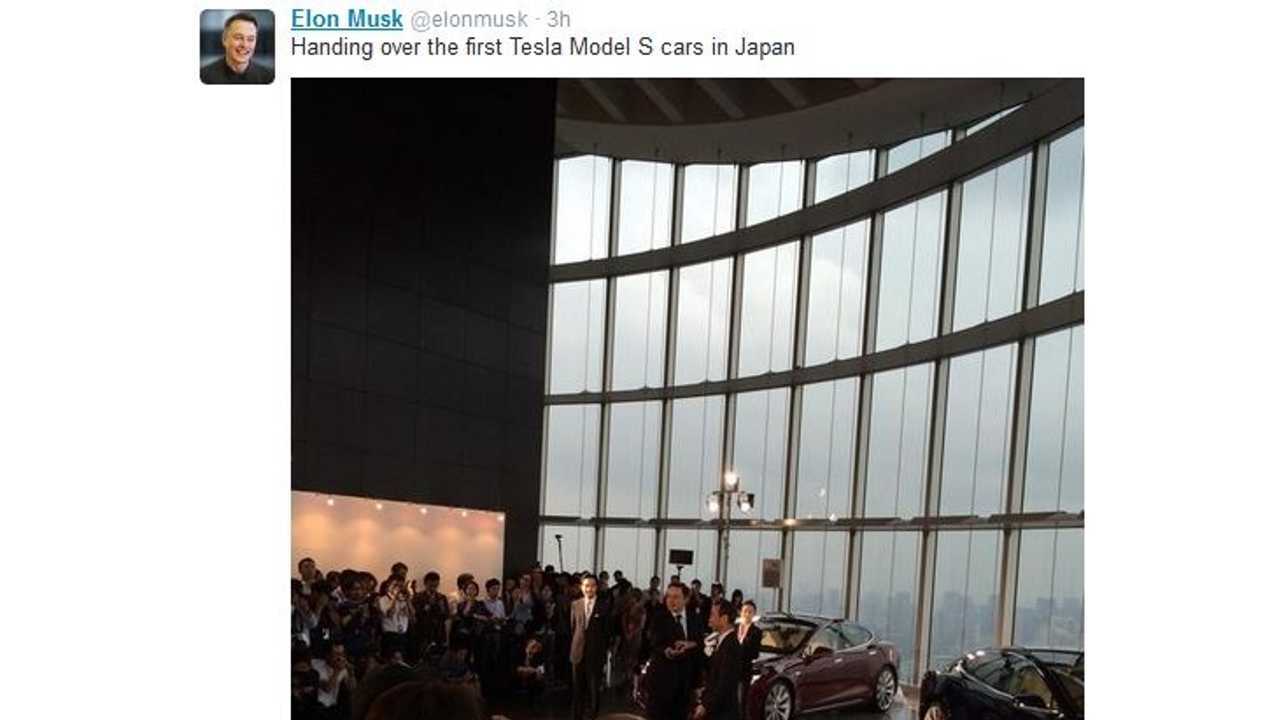 Elon Musk Gets Some Grub

Less than 24 hours after enjoying some noodles in Shinjuku, Tesla Motors CEO Elon Musk participated in handing over the first Tesla Model S EVs to buyers in Japan.

The event was not widely publicized, perhaps because Tesla Motors doesn't expect Model S sales to be strong in Japan where small (and even extremely small) cars dominate, but still it's promising to see the Model S now finally available in one of the world's largest EV markets.

For those wondering how Tesla will deal with quick-charging in Japan, all Model S EVs sold there will come with a CHAdeMO adapter to allow for use of Japan's amazingly robust CHAdeMO quick-charge network.  Superchargers are expected as well (reports suggest that at least a few Superchargers are already operational in Japan, though Tesla's Supercharger map shows ZERO in Japan.  We suspect that the reports may be referring to Tesla's HPWC, not Superchargers), though we don't think more than a handful will be installed, as the CHAdeMO network is more than capable of handling all the Model S EVs Japan will likely see on its roads.

“An important point that I should emphasize about the Model S is that the batteries are all made in Japan.  ...the heart of Model S is Japanese. I think that’s a pretty cool thing.”

Per The Wall Street Journal:

"One of the first nine Model S vehicles delivered to Japanese owners Monday went to Yoshi Yamada, executive vice president of Panasonic, who was present at the handover ceremony. Mr. Yamada said the vehicle was for company use."

Back to those noodles Musk Tweeted about in Shinjuku:

“I was just waking around the street with my friend, and said, ‘Hey, this place looks so cool, let’s eat here. They gave me a huge bowl, and it was awesome.”