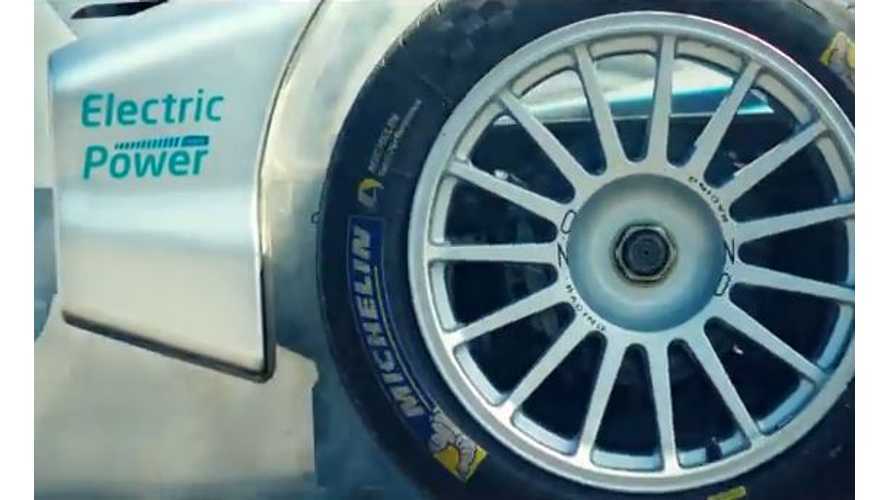 Formula E, after years of development, has finally reached the race stage.

The first round will take place next Saturday - September 13 in Beijing, China around the grounds of China's iconic Olympic Stadium.

"At 3.44km in length and featuring 20 turns, the anti-clockwise temporary circuit has been custom made by designer Rodrigo Nunes, working in close cooperation with the FIA, Formula E Malaysia (FEM), the Republic of China Motor Sport Federation (FASC), the Olympic Park Committee, the Beijing Mayor, the Chinese Government and event organiser Team China Racing."

"The circuit boasts an impressive cityscape backdrop taking in both the Beijing National Aquatics Centre and the Olympic Stadium itself. It will see the 20 Formula E drivers tackle a mix of tight left-hand turns - offering late braking and overtaking opportunities - together with twisty chicanes and two main straights. In addition, the track features a unique 'U-shaped' pitlane with spectator areas located inside giving fans and an incredible close-up view of the action."

Information on television channels broadcasting the Formula E can be found here.

Before all the racers take off, take a look at the latest video released seven days before the event documenting the history of Formula E from the beginning:

"On Saturday, September 13 the first ever Formula E race takes place in Beijing. It represents the end of one fantastic journey and the start of a new adventure. Here we look back at the key moments in the creation of the world's first all-electric racing series."