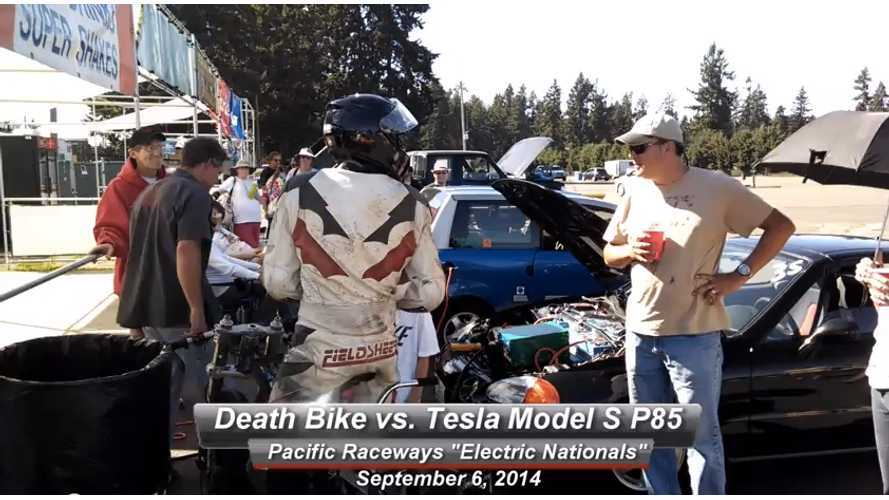 It seems like everybody wants to race a Tesla these days.  Tesla's Elon Musk should probably consider that a compliment.  How does that saying go?  Uneasy lies the head who holds the crown?  Except for the fact that his present magnum opus is being shown up by a mere bicycle...

To those who frequent the Endless Sphere EV forum, Luke "LiveforPhysics" has been an active contributor for quite a while, and the Death Bike is legend.  Started as the "Bike of Doom", the project took on a life of its own as a tongue in cheek example of what can be accomplished with caution thrown to the wind, and more than a little mad genius.

Luke's exploits were noticed by more than a few in the industry, and as a result he's been a big part of the current performance of the Zero SR drivetrain and battery, just so you know.  Never before, however, have we seen it demonstrated in a legitimate, sanctioned NEDRA faceoff.  That is, until now. Some unofficial numbers?  1/4 miles at 11.50.  Top speeds of around 110mph.

Here you go, from the NEDRA Pacific Raceways "Electric Nationals", electric 2-wheeled history being made: