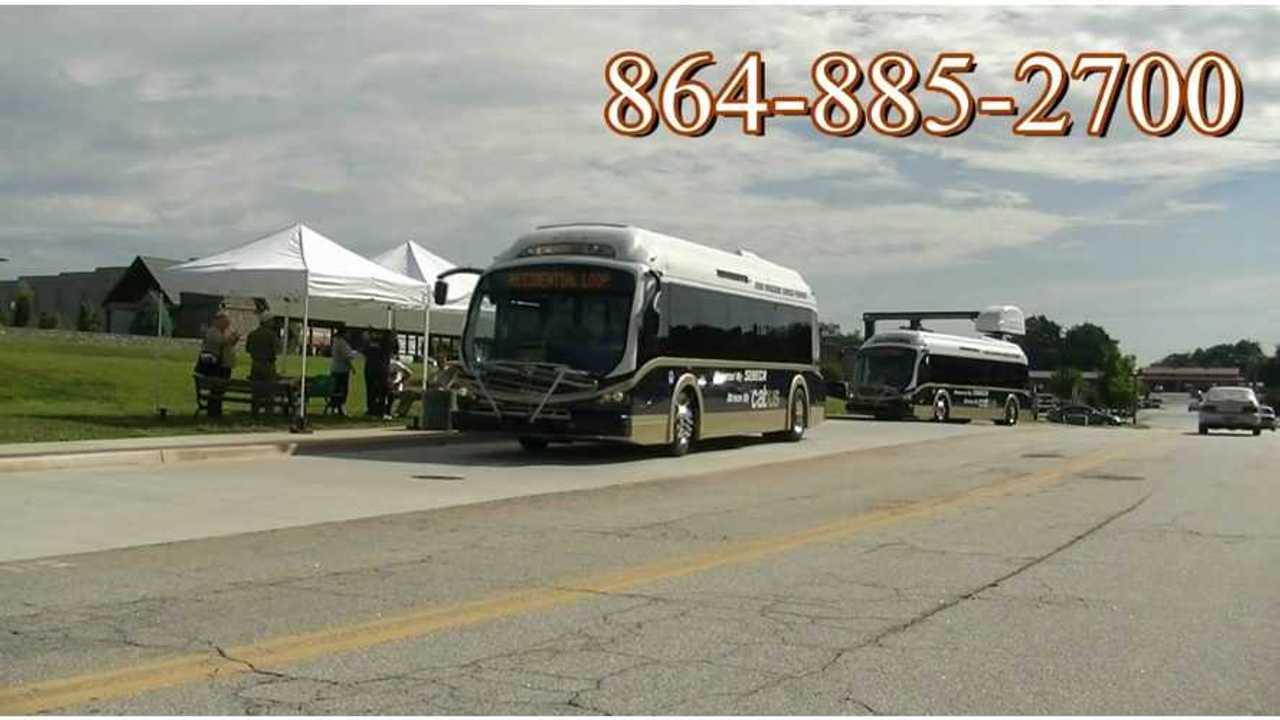 The buses were bought with an aid from a Federal Transit Agency grant and were delivered to Seneca over the summer.

The public could try out these electric buses since September 3 and we found video from the maiden trip. Quick charging stations are located downtown and at Oconee Medical Center.

"This final phase of deployment is to ensure that the electric buses can meet the demands of passenger service. The only change in service, other than reduced bus noise and emissions, is the relocation of the downtown stop to the lower level of the park where the new fast charger has been installed. "

“CATbus is committed to delivering high quality transit service to our community with reliable and safe buses. The electric buses represent the most advanced technology in the transit industry. We are excited about the opportunity to operate the only all-electric bus system in the nation operating electric buses made in South Carolina. What we are seeing today is part of an extensive and planned testing protocol to ensure that these buses can effectively operate within our CATbus service area.”

Steve Clermont, a program manager with the Center for Transportation and the Environment (CTE), who are assisting Seneca with its electric bus deployment project remarked:

“With any new technology, it is essential to conduct extensive testing and some of that testing must take place on location. We have a plan to fully test all operational aspects of the electric bus. As we progress through testing, the project team, including CAT and Proterra, evaluate the results and make recommendations on next steps.”

“The City has been providing transit for seven years now. As an electric service provider and partner in innovation, we look forward to seeing electric buses that run cleaner and more efficiently on domestic power. This is a unique opportunity for Seneca and we sincerely appreciate Proterra’s efforts at making this a success. They have been a tremendous partner throughout this process.”

“This project is an important element of our strategy for innovation. By deploying our Electric Vehicles with a local fleet, we can benefit from their operating experience first-hand. Further, these new routes are the first test of our technology in a small city environment. The mix of rural, suburban, campus and urban miles demonstrate that clean, quiet, efficient electric vehicles are ready to serve the broader transit market. We hope that other cities and fleet operators can benefit from the experience gained by CAT, CTE and the City of Seneca in EV transit technology.”

Seneca's All Electric Cat Bus from Seneca Video on Vimeo.