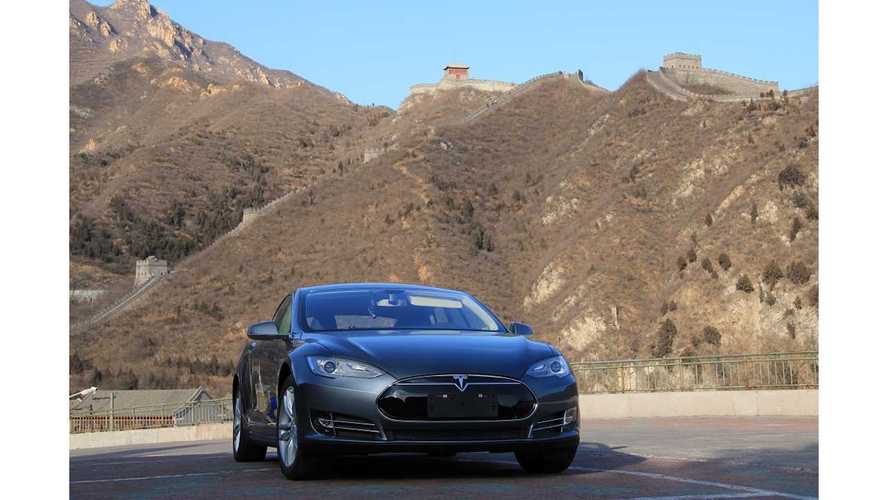 The numbers are in...

Tesla Motors had expected China to be a strong market for the Model S and the latest sales figures mostly support the automaker's expectations.

China has effectively jumped into third place worldwide in Model S sales volume for 2014, with deliveries only just starting there 6 months ago.

Aside from the U.S. and Norway, China now soundly stands in 3rd with YTD Model S sales eclipsing 2,800 units through the end of September.  In September, an estimated 500 Model S EVs were sold in China.

That 500-unit figure seems to be approximately what Tesla sells monthly in China.  It's been above and below that mark since the Model S' introduction there back in late April, but with 2,849 sold YTD (April 22 through end of September), sales average out to approximately 500 per month.

That number is going to have to jump considerably this month, and to end out the year to hit Tesla's full year projections as the company has indicated Asia could the largest market for Tesla for year's end.

Tesla Motors Shifted Its Attention To China This Summer