BYD Qin Sales In China Surge To 1,700 In September 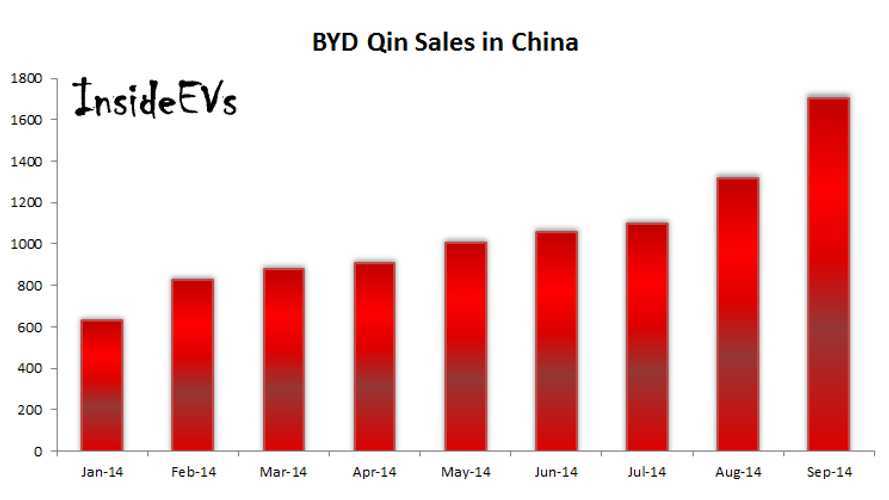 Sales of the plug-in hybrid BYD Qin are getting stronger every month in China.

In a market of 1.98 million units, this is still less than 0.1%, but at such a high growth in sales, a measurable market share is in Qin's near future.

Total sales of BYD's plug-in cars this year stands at 9,473 for Qin and 2,004 for e6 (195 in September). Interesting is that the all-electric e6 sales are stable, while Qin is going up quickly.

EV Sales Blog gathered some more numbers on electric car sales in China last month (some of them like Kandi (NEV) or Zotye are very tiny vehicles  that make i-MiEV look like abehemoth):