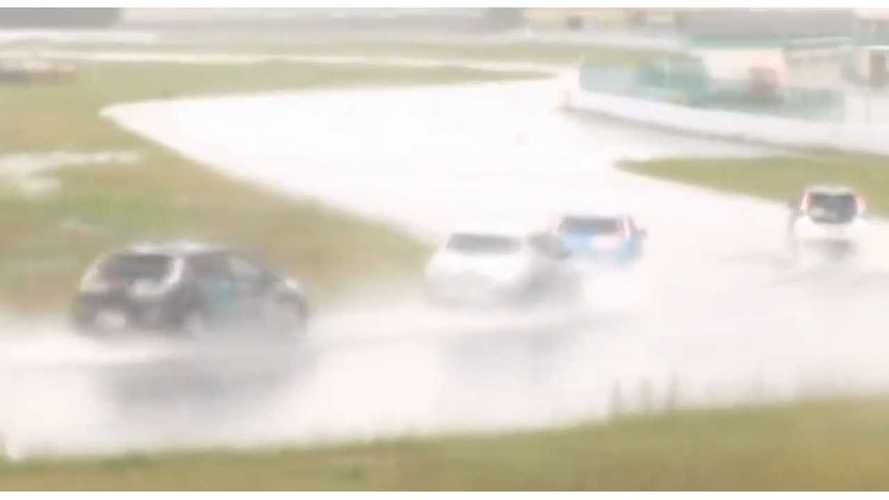 While eyes of the world are focused on the Formula E single-seat championship, Japan is going down its own road with normal car racing under the series title of 2014 Japan EV-GP.

Last month, Nissan LEAFs and Mitsubishi i-MiEVs returned to the Sodegaura Forest Raceway to fight in the wet conditions in the fifth round of the series.

Heavy rain didn't stop the electric cars and even the tiny i-MiEV was able to stay on the track.  The Nissan LEAFs fought fiercely over a distance of 55 km and time of 40 minutes.

Hopefully, next time in the final race at the same track, the weather will be improved.

Fifth Round of 2014 Japan EV-GP Series