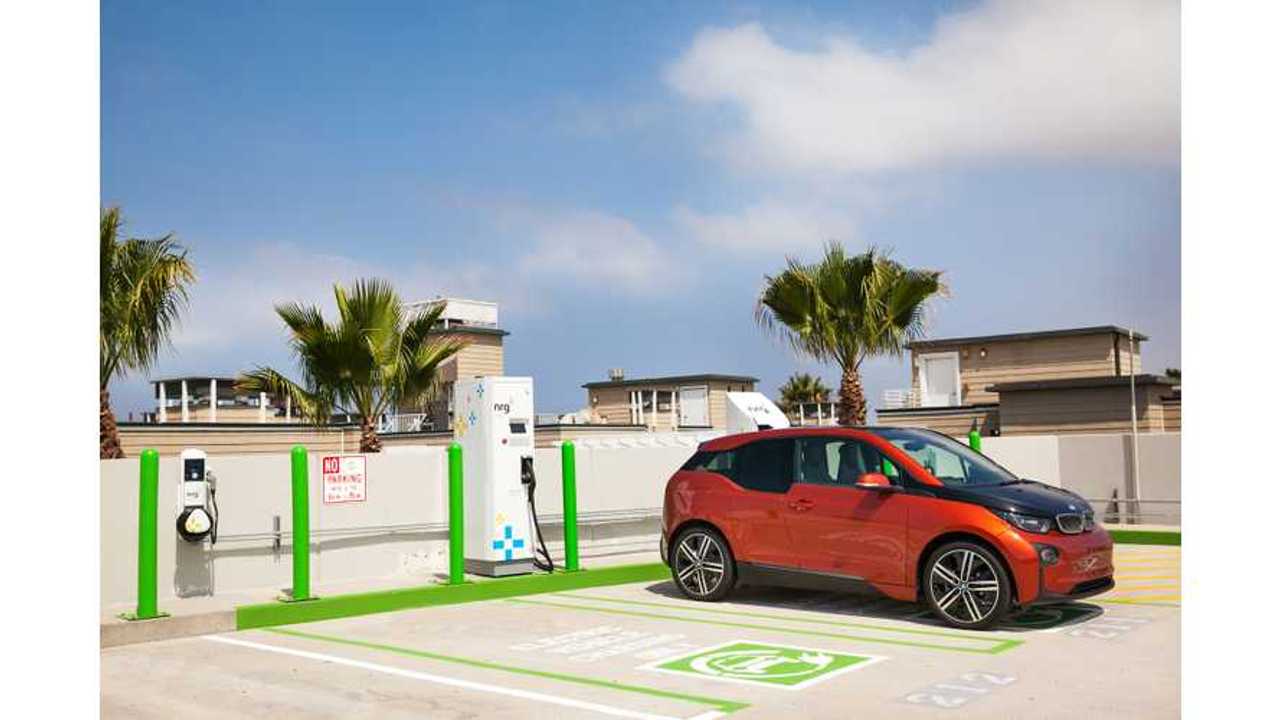 The CHAdeMO charger not included in the picture is installed near.

According to NRG eVgo, there are now 28 fast-charge sites in the Los Angeles area.

“Our beach, restaurants and entertainment options, as well as our central location along the Pacific Coast Highway, make the city of Hermosa Beach the perfect location for the opening of a NRG eVgo Freedom Station. We’re proud to share the Southern California beach lifestyle with the electric car drivers of the South Bay and continue our City’s carbon neutral campaign by offering another resource for electric vehicle drivers within Hermosa Beach.”

“We are committed to building a comprehensive charging infrastructure for Californians. We have been encouraged by the support of partners like the City of Hermosa Beach. This public-private Freedom Station installation is our first municipal development in the state and a supportive step forward in delivering on our mission to make it even easier to choose and drive electric.”