Plug-In Car Registrations Up 350% in UK 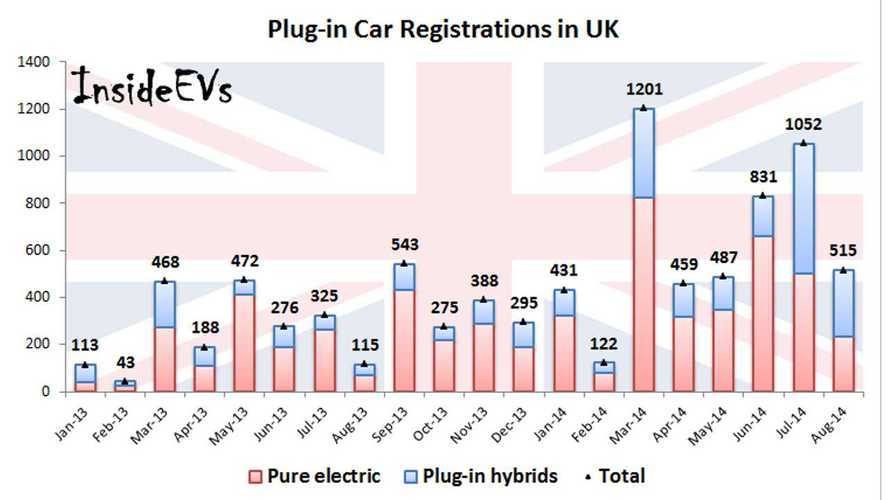 Plug-in vehicle registrations in the UK fell down to 515 in August.  However, this is still a 348% improvement over the 115 sold in August of last year.

Not bad on a market that's growing by 9.4% as a whole (for the 30th consecutive month).

August is a slow month, and according to The Society of Motor Manufacturers and Traders Limited, just 3% of the year’s sales occur in August typically. September brings the big bang with 18% of total yearly sales, so now we expect a new high sales record for EVs this month.