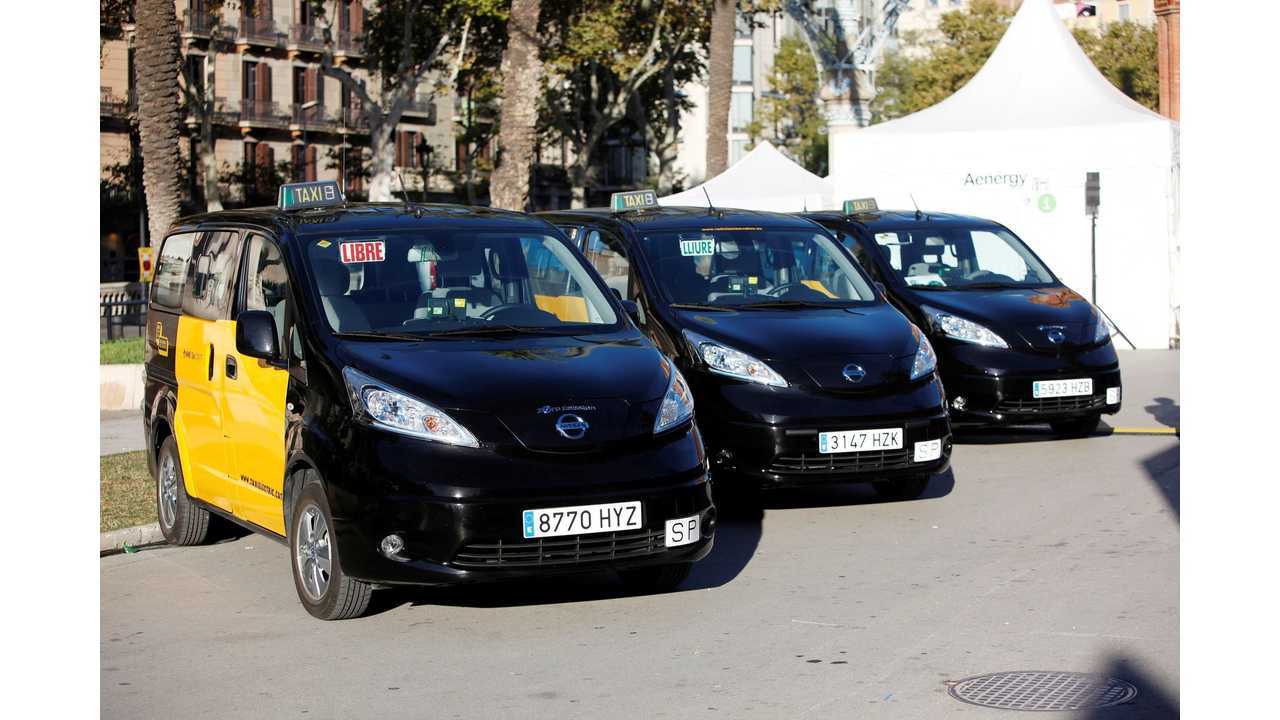 Madrid and Barcelona both have received their first few electric taxis from Nissan.

Why e-NV200 and why Barcelona when the car just went on sale now in Japan?  Well, Barcelona is the place where e-NV200 is produced alongside the ICE version.

"The Barcelona deliveries served as an important step in the execution of an agreement between Nissan, the City of Barcelona, and the Barcelona Metropolitan area which brings the Barcelona-built e-NV200 to the streets of the city where the revolutionary electric van is produced."

"Declining air quality levels are a top concern across Europe and it's great to see Madrid and Barcelona taking such positive steps in improving air quality through the incorporate of Nissan's all-electric cars into their taxi fleets. These taxi bring a huge benefit not only residents but also for the drivers - thanks to the ultra-low running costs only an electric car can offer. This scheme demonstrates that sustainable transportation is easy and affordable for everyone."

Here is the video from September 2013: