Turns Out Ferrari LaFerrari Can Operate In Electric-Only Mode - Video 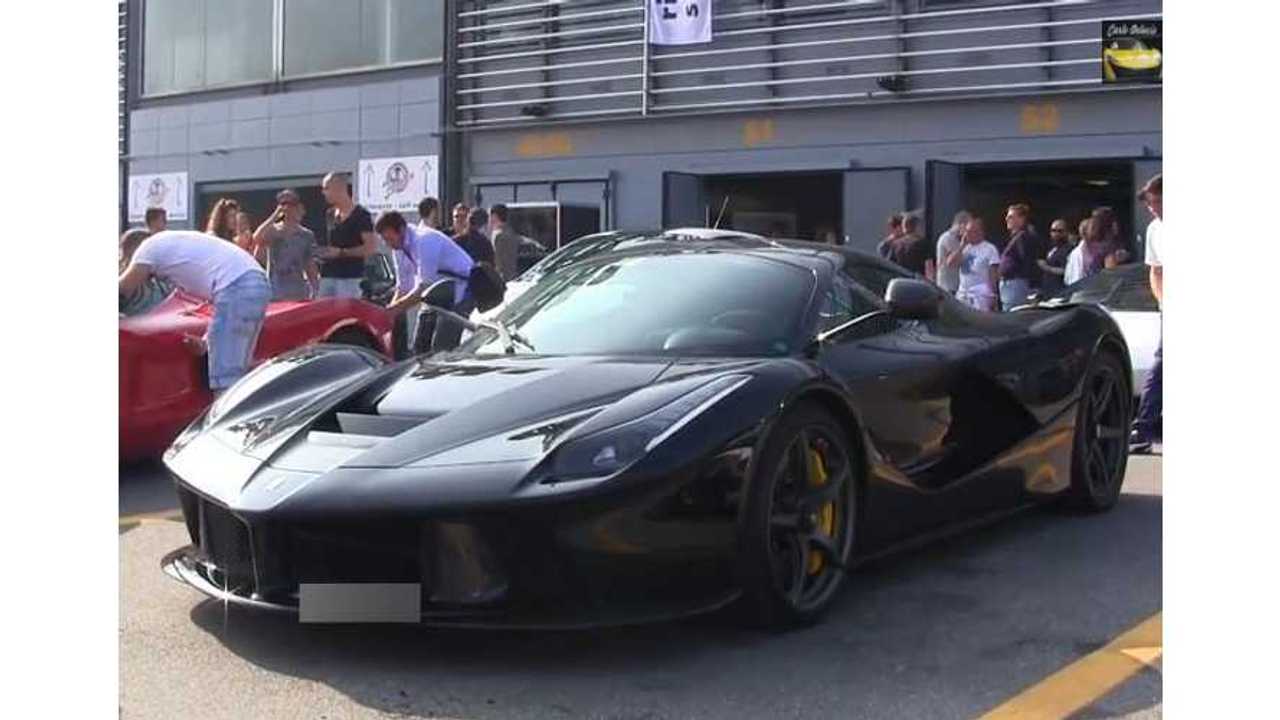 The supercar with the worse name has the ability to operate in electric-only mode for a brief period of time, despite not being a plug in.

Despite Ferrari's original intention to have no electric range, this video shows that the LaFerrari can operate in electric-only mode for a brief period of time in real life.

Indeed, Ferrari saw the electric-only abilities of both the Porsche 918 Spyder and McLaren P1 and made some last-minute tweaks to the LaFerrari so that it to could operate in pure-electric mode.

An earlier interview with Autoweek expresses that sentiment exactly:

It seems Ferrari is the only automaker out there who knowingly hides a vehicle's electric ability.  Of note: the LaFerrari gets hit with a gas guzzler tax, yet does pack a lithium-ion battery and features regenerative braking.

Could this be a sign that Ferrari wants to join the electric supercar parade?  Let's hope that Ferrari adds more electric ability to its future supercars.

When the LaFerrari was lauched, Ferrari stated that their hypercar could NOT run on an electric-only mode “which would not fit the mission of the model”.

But what I show you here demonstrates the opposite: the LaFerrari CAN drive on electric power! The car enters Monza’s pitlane driving in silence and then fires up its V12 engine.

Has Ferrari changed his mind to keep up with the offering from Porsche and McLaren?