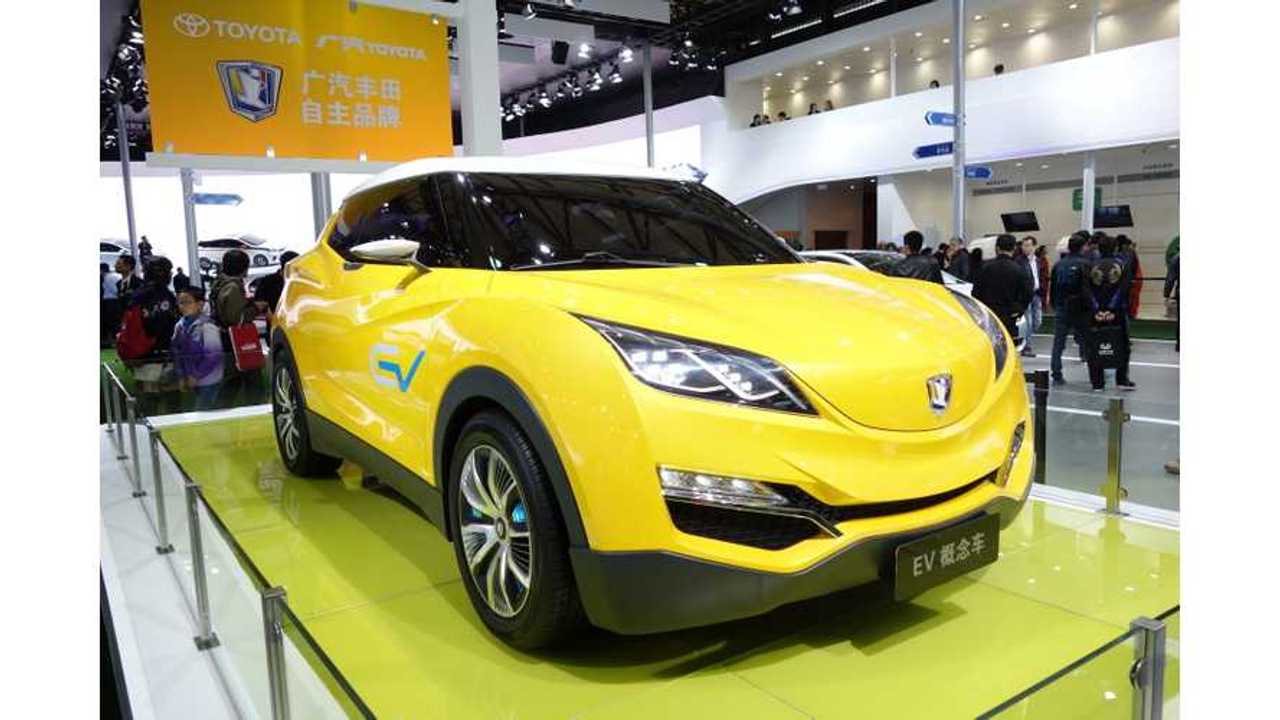 Next year, China will probably get another electric car on the market as Toyota would like to establish a special brand there for "cheap EVs" as everyone wants to be a part of the new paradigm in the country.

"Toyota will launch a new sub-brand in China in 2015, it will be positioned under the Guangzhou-Toyota joint venture. The new sub-brand will be called Lingzhi (领志) in Chinese and Leahead in English. Leahead stands for ‘Leap Ahead’."

Toyota already previewed a concept electric car at at the 2013 Shanghai Auto Show.

Production version is expected to debut in late 2015 at the Guangzhou Auto Show.

CarNewsChina.com suggests that it will be based on the Toyota Yaris L, which is already manufactured in China by Guangzhou-Toyota.