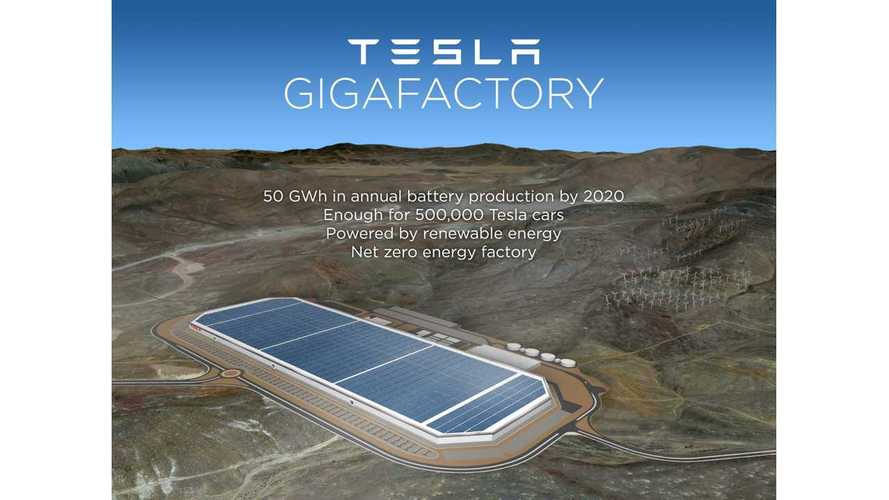 Nevada Gov. Brian Sandoval and Tesla CEO Elon Musk announced Thursday that Tesla will indeed build their Gigafactory in the state of Nevada.

All it took was up to $1.3 billion worth of incentives over 20 years.

The Governor called the todays event a "monumental announcement that will change Nevada forever," while adding that he expected every dollar the state spends in aided Tesla to comeback 80 fold.  "Even the most skeptical economist would conclude that this is a strong return for us."

At full capacity the plant is expected to employ up to 6,500 persons.

If the Tesla CEO is to be believed, his company walked away from even more money offered by other states in lieu of a higher confidence that facility will indeed be ready by 2017.

Translation: that basically that Nevada had the least amount of red-tape to deal with.  Mr. Musk did not get into any details of offers from the losing states - California, Texas, Arizona or New Mexico.

Musk did note that the plant could actually be operation by late 2016 thanks to the speed at which the process has been moving of late.

“I would like to recognize the leadership of Governor Sandoval and the Nevada Legislature for partnering with Tesla to bring the Gigafactory to the state. The Gigafactory is an important step in advancing the cause of sustainable transportation and will enable the mass production of compelling electric vehicles for decades to come. Together with Panasonic and other partners, we look forward to realizing the full potential of this project." -  Elon Musk

Later in the press conference, Elon Musk was asked if the hunt was still on for a second battery location, to which the CEO said,

The specific details and approvals will be hashed out in a special legislative session early next week, and while the exact amount of the incentives is not know (as the utilization of the factory puts money on a sliding scale), it starts at around $865 million according to the executive director of Sandoval's Office of Economic Development, Steve Hill.

The Governor's office figures that the factory will ultimately generate $100 billion for the state economy and  create 22,000 new jobs over the next 20 years.

The Reno Gazette Journal (via AutoBlogGreen) breaks down incentives as follows:

Also part of the deal - the Governor said that Nevada would adjust its laws so that Tesla can sell cars at its company stores.