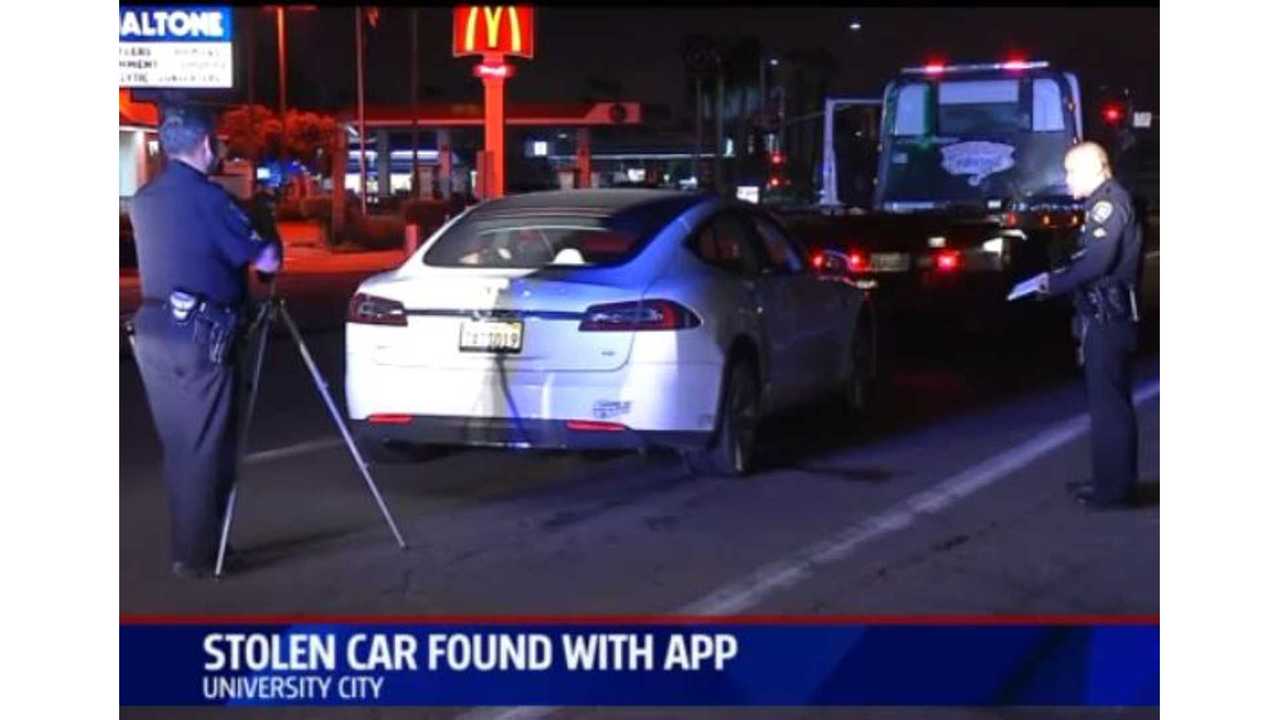 Tesla Model S owner Shahin Pirani tracked her stolen EV on the Tesla iPhone app as it hit speeds of up to 100 MPH during a high-speed chase Wednesday night in San Diego.

As the story goes, Pirani stepped out of her friend's house and immediately noticed that her Model S was gone.   Pirani stated:

"Of course we panicked, not thinking what to do."

Pirani did what any educated Model S owner would do: she pulled up her Tesla app to track the vehicles whereabouts.

"Sure enough it showed us that the car was within half a mile from where we were."

Pirani's friend drove her to the Model S' location while police were called.

"When police arrived, the suspect, along with one passenger, fled in the car and led police on a 20-minute chase."

"The car was actually running at 100 mph so we figured the car was being chased by the cops."

Eventually, police were able to bring the car to a halt after deploying to sets of spike strips.  Both occupants of the stolen Model S fled on foot, but were apprehended by police.  The passenger was transported to the hospital for apparent injuries.

On the scene, Pirani commented:

"The car is here and all the cops are here, the helicopter is here; so the navigation definitely did an amazing job."

"After this, I'm not going to get any other car for sure."

How was the Model S stolen?  It's widely believed that Pirani left the key fob in the vehicle, as the Model S itself is darn near impossible to steal without the fob.