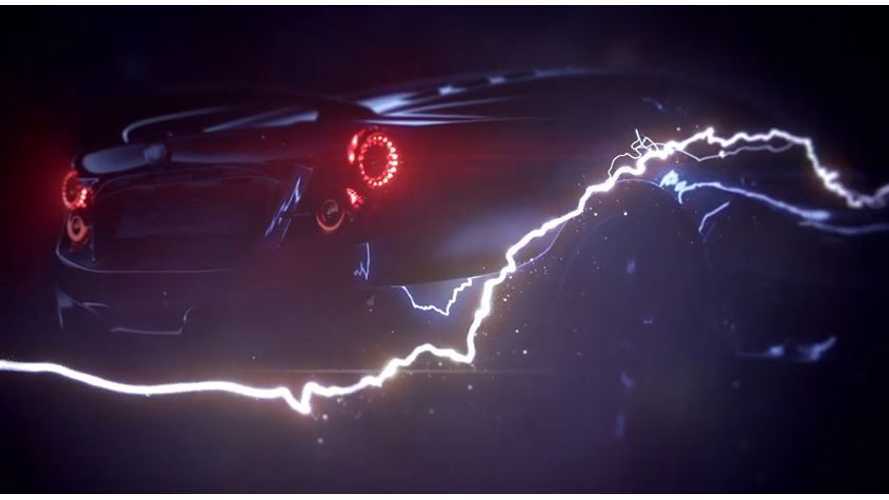 From what we can gather, this is a teaser video of sorts for the Detroit Electric SP:01.  It also appears that Detroit Electric as a new logo; perhaps to commemorate not being built in Detroit.

The actual finished car isn't shown much and we've already seen the SP:01 in "prototype" form, so we're not really sure what Detroit Electric is trying to achieve with this video, other than showing us that the SP:01 is powered by what appears to be bolts of electricity, almost lightning like.

However, we did learn that Detroit Electric has relaunched its website and that the SP:01 is going on sale in Q4 in Europe, with US sales in early 2015.   Just a touch behind the initial launch date of Summer 2013.

The site media still proudly declares that "DETROIT ELECTRIC WILL BUILD THE WORLD’S FASTEST PRODUCTION EV" with a 0-60 time of 3.7 secs and a top speed of 155 mph, which as we know has now been surpassed with the Tesla P85D.

Albert Lam, CEO of Detroit Electric said of the decision to not build in Detroit:

"While Detroit was our preferred initial assembly location, the regulatory process for the production and sale of the SP:01 in the US has taken longer then expected. That means the assembly operations have to be located in Europe to allow us to bring the vehicle to market globally in line with our timing plans. We’re growing our team at the company’s headquarters in Detroit and we are committed to bringing investment and jobs to the Detroit economic area in the very near future."

It should be noted that there is no place to actually "build and buy" a SP:01 at the moment on the new site, which also seems problematic to us.  The two seat Lotus conversion is expected to have a pricetag of around $135,000.