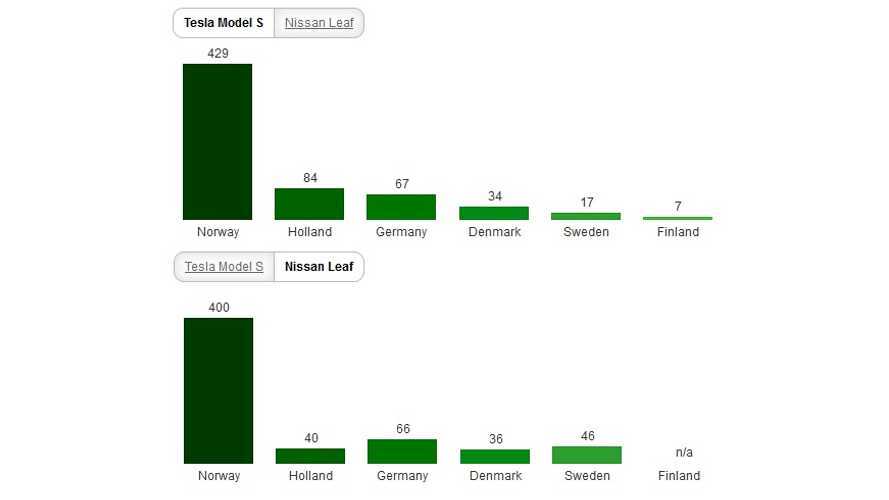 According to International Business Times, Tesla Model S is outselling the Nissan LEAF in the northern European markets.

For both cars, the number one market is Norway. And it seems that Tesla is ahead of LEAF there.  However, this is only because in March Tesla delivered a record number of Model S (1,493). Nissan LEAF probably will catch Model S later this year as the difference is really small (3,431 versus 3,378 after the first eight months).

Sales in Germany are almost identical (520 Teslas this year versus 496 LEAFs).  However, in the Netherlands Tesla has the advantage.

Rather interesting is that Tesla is selling more cars in the Netherlands then in the much larger Germany.

"So far this year, Tesla Motors Inc. is selling about 638 cars a month in six key Northern European countries, ahead of Nissan’s 588 Leafs a month."