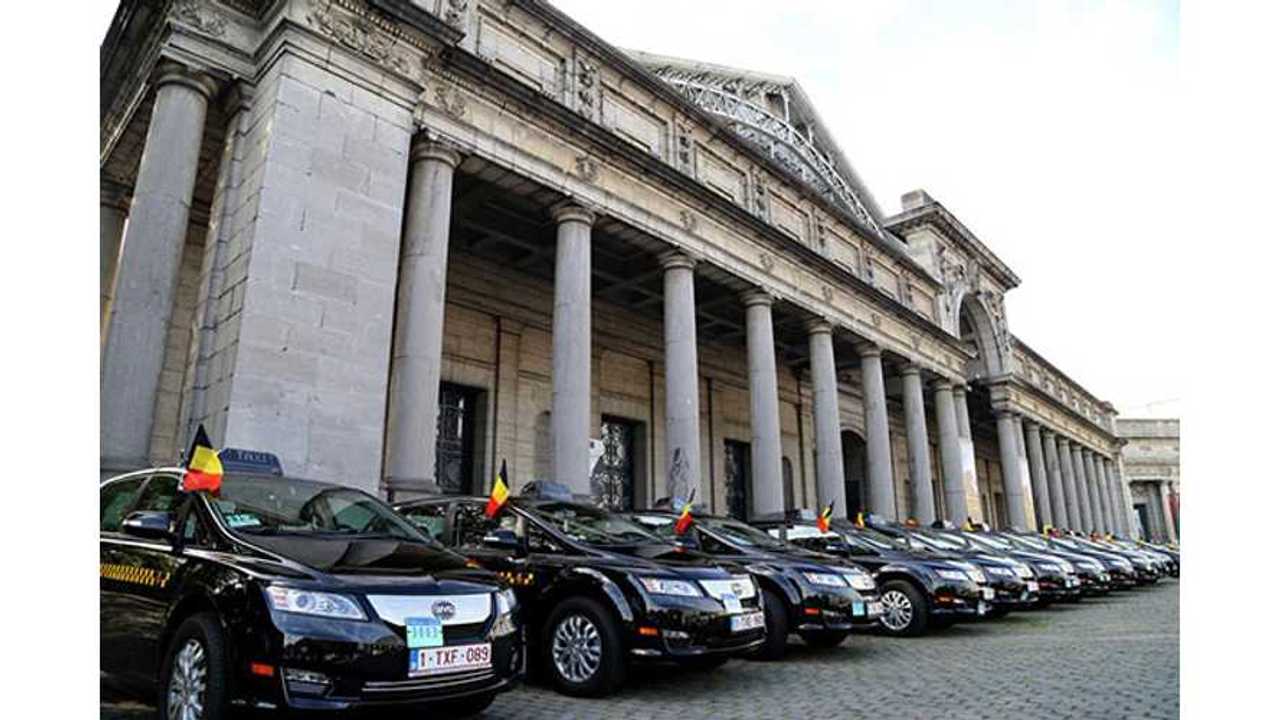 On October 15, BYD presented a fleet of 34 e6 electric taxis in Brussels, Belgium where an official inauguration of a government project with 50 EVs was held.

The Chinese cars entered service in Brussels over the last few months, so some locals may have already had the chance to ride in one.

In Europe, BYD e6 can also be spotted in Rotterdam and London, but of course those projects don't compare to China where 850 BYD e6 taxis are in service solely in Shenzhen, plus a further 45 in Hong Kong.

Accumulated distance for e6 taxis exceed 200 million kilometers. 300 km (186 miles) of range - via a 61.4 kWh battery, and 2 hour charging capability enables each taxi to drive hundreds of kilometers every day.

"We are delighted to have assisted in bringing these zero emission BYD vehicles to our taxi fleet. They will help contribute to our efforts reduce air pollution in our city and of course to demonstrate to our citizens the value of electric vehicles".

"We are delighted that Brussels, Capital of Europe, has become the latest city to put our e6 emission free taxi into service. The proven and reliable e6 deliver taxi drivers and operators with not only a total green transport solution but also one which offers significant operational cost savings in view of the very low cost of electricity when compared to diesel fuel. Taxi passengers also enjoy a quiet and comfortable ride".